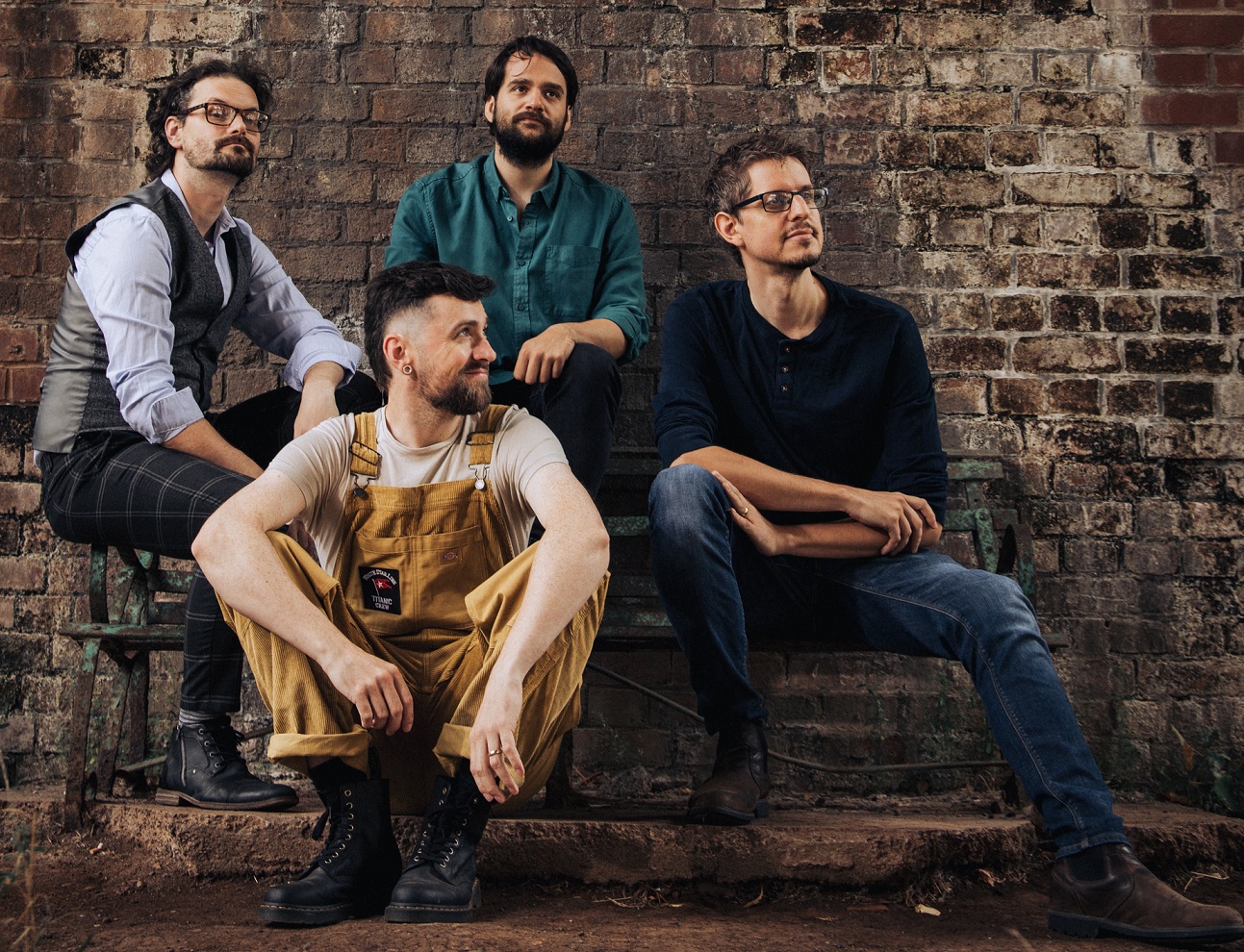 buy
ENTRY IS STRICTLY FOR MEMBERS ONLY. HERE THE RULES FOR MEMBERSHIP
In accordance with the provisions in force, it is noted that:
IT IS NO LONGER OBLIGATORY wear a SANITARY MASK inside the venue
ONLY ITALIAN DATE OF THE EUROPEAN TOUR

The planetary triumph of the "shanty"

This is the wonderful story of four friends from Bristol who begin singing 'a cappella' almost as a joke the old sailor and seafaring songs of the tradition they love so much and come to sign a contract with a Major, enjoying worldwide success thanks to an exciting mix of original songs and folk songs literally fished out of the repertoire of shanty - the traditional songs of British whalers and fisherman of past centuries. The Longest Johns formed in June 2012 after singing together for the first time at a friend's barbecue. The original line-up consists of Josh Bowker, Andy Yates, Jonathan Darley and Dave Robinson. The following week they released their first video on YouTube, singing "Haul Away Joe". In May 2013 they released their first EP "Bones in the Ocean", composed entirely of original songs. At the end of 2013 he released his second EP, "Christmas at Sea".  In 2015, Bowker is forced to give forfeit for the birth of his daughter, Robbie Sattin joins the band replacing him at the Falmouth International Sea Shanty Festival, a replacement that becomes permanent when Josh decides to focus his energies on another activity on his own, while the popularity of TLJ grows quickly thanks to the release of the first album "Written in Salt",  released in June 2016. Anna Cornish, formerly of the Norfolk Broads, joined the band in 2017, but as the band's popularity and commitments increased exponentially following the release of their second album "Between Wind and Water" in June 2018, Anna struggled to juggle both groups and in 2019 took an indefinite break from the TLJ project to devote herself exclusively to the Norfolk Broads. The third album "Cures What Ails Ya" comes out in June 2020 while a year later the band records the fourth album "Smoke & Oakum", released at the beginning of 2022. On December 6, 2021, The Longest Johns participates in The Yogscast's "Jingle Jam" livestream, performing a mix of shanty and popular music tracks and original music. The popularity of The Longest Johns saw a dramatic surge after a shanty video went viral on TikTok. The trend began in August 2019 when The Longest Johns posted on YouTube the video of their rendition of "Wellerman" as the first episode of their Sea of Thieves series, Open Crewsing. This video has been shared on many online platforms including Reddit, iFunny and Tumblr amassing several million views. The song then found a strong following on TikTok, with many users creating memes making the song popular on the platform. Much of the success of "Wellerman" has been attributed to Scottish musician and TikTok user Nathan Evans who uploaded a video of himself singing "Wellerman," quickly going viral thanks to the help of other users who added their contributions through the duet feature on the app. However, the spark that ignited the worldwide phenomenon started when two brothers posted a video on TikTok of the two of them listening in the car to The Longest Johns' version of the song. The result was a huge worldwide interest in shanty, with millions discovering the recording of "Wellerman" by The Longest Johns, originally released on their 2018 album "Between Wind and Water". The song has been streamed on Spotify over 50 million times (as of May 18, 2022) and TLJ managed to bring together as many as 6,500 singers who perform it in unison in a single video on Youtube. TLJ sing – not only a cappella but also with the help of various instruments such as harmonium, guitar, banjo and various flutes – sailor and seafaring songs and more unusual and less traditional folk melodies. Despite the various line-up changes, TLJ have constantly taken their harmonies to new and higher levels, while always maintaining the right mix of quality and freshness. Whether it's performing songs hundreds of years old or their original creations, TLJ convey intense and powerful sensations to audiences, wherever they perform. Current band members are Andy Yates, Dave Robinson, Jonathan "JD" Darley and Robbie Sattin. Robbie plays harmonium and sings tenor keys. JD sings bass tones and plays guitar. Andy sings baritone and plays banjo. Dave also sings baritone, as well as playing various flutes and whistles. But nothing is ever taken for granted and the roles are sometimes exchanged, in a fluid and dynamic swing, depending on the song that is faced and who is singing the main melody. All four are great singers taken individually, but there is that something more indefinable when they harmonize wonderfully all together, a characteristic that makes The Longest Johns far greater than the sum of its parts.
https://www.thelongestjohns.com/

Opening: El Pony Pisador
The concert will be opened by an ensemble from Barcelona 'twinned' with the four boys from Bristol: El Pony Pisador; 5 young, talented, light-hearted, multifaceted, mix traditional music from all over the world with a lively and carefree style, but elaborated with great care.
https://elponypisador.com/