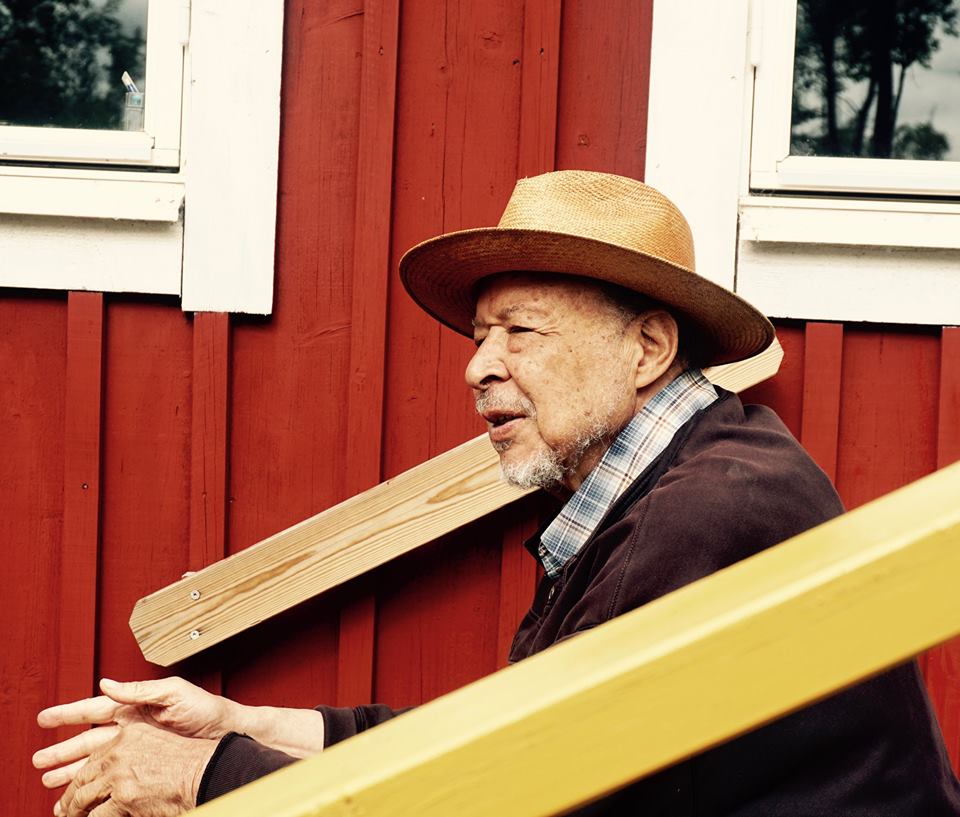 Composer-pianist Dave Burrell is an artist of exceptional caliber on the international contemporary music scene. His dynamic compositions with blues and gospel roots are reminiscent of the tradition of Jelly Roll Morton, James P. Johnson and Duke Ellington, as well as avant-garde composers Thelonious Monk and John Coltrane. His original style and bold approach to composition, deeply rooted in the African American tradition but employing the broadest musical and cultural inspirations, provide a unique reading of American music and history. Burrell is a musical poet who celebrates African American culture and the troubled and multifaceted history of its integration. Distinguishing himself as a leading figure on the New York avant-garde scene in the second half of the 1960s, Burrell quickly established himself as one of the most innovative pianists, collaborating with the emerging leaders of contemporary jazz and joining the groups of Marion Brown, Pharoah Sanders and Archie Shepp. He has played and recorded, among others, with Giuseppi Logan, Sunny Murray, Albert Ayler, Grahan Moncur III, Byard Lancaster, Sirone, Alan Silva, Clifford Thornton, Roscoe Mitchell. Such a fluid and creative season of “free jazz” culminated with the participation of Burrell and many other leading musicians in the legendary Pan-African Festival of Algiers and in the historic series of releases of the French labels BYG and America. Since then, Burrell has revealed the absolute openness that would have crossed all of his production: in the wide spectrum of materials and explorations of his records of this period, there is also a reinterpretation of Giacomo Puccini's arias in La Vie de Boheme. In the following decades, Burrell's music and concepts evolved and expanded in many directions, both in the dimension of the piano alone and through a long series of historical collaborations. The constant activity in the avant-garde jazz continuum and the continuous comparison with the tradition of ragtime and jazz piano (Jelly Roll Morton, Ellington, Monk), as well as with the popular song and the heritage of classical music, have always been strongly linked to the Burrell's personal style, a combination of composed form and improvised detail that combines past and present in an all-encompassing landscape. Along with his longtime membership in Archie Shepp's bands (more than 20 records together), his 360 Degrees Music Experience and that of Beaver Harris in the 1970s (playing under the motto "from ragtime to no time"), the long and intense partnership with tenor David Murray, and stable collaborations with tubist Bob Stewart, with Andrew Cyrille and William Parker (Full Blown Trio and other projects), with singer Leena Conquest and in recent years with trombonist Steve Swell and soprano diva Veronica Chapman -Smith are just a few highlights of his career. A significant trait of Burrell's research and idea of ​​composition is his constant relationship with poetry, the performing arts and other sources of intellectual inspiration. Since the late 1970s he has written in collaboration with the Swedish poet and librettist Monika Larsson hundreds of songs documented on recordings in the United States, Europe and Japan; a jazz opera for orchestra, dancers and choir, Windward Passages, a personal narrative on racial integration and intercultural confrontation; the project of a jazz ballet entitled Holy Smoke; majestic late American Civil War 1861-1865 project, a vast musical and political reinterpretation of American history and conflict inspired by the study of Lincoln's writings and other materials during Burrell and Larsson's five-year residency at the prestigious Rosenbach Museum and Library of Philadelphia. The third of these five suites, Turning Point, played in duo with Steve Swell on trombone, was released in 2014 with great critical acclaim. One work in progress, Variations: Full-Blown Rhapsody, premiered at the Vision 23 Festival in New York, where Burrell received his lifetime achievement award on May 23, 2018.