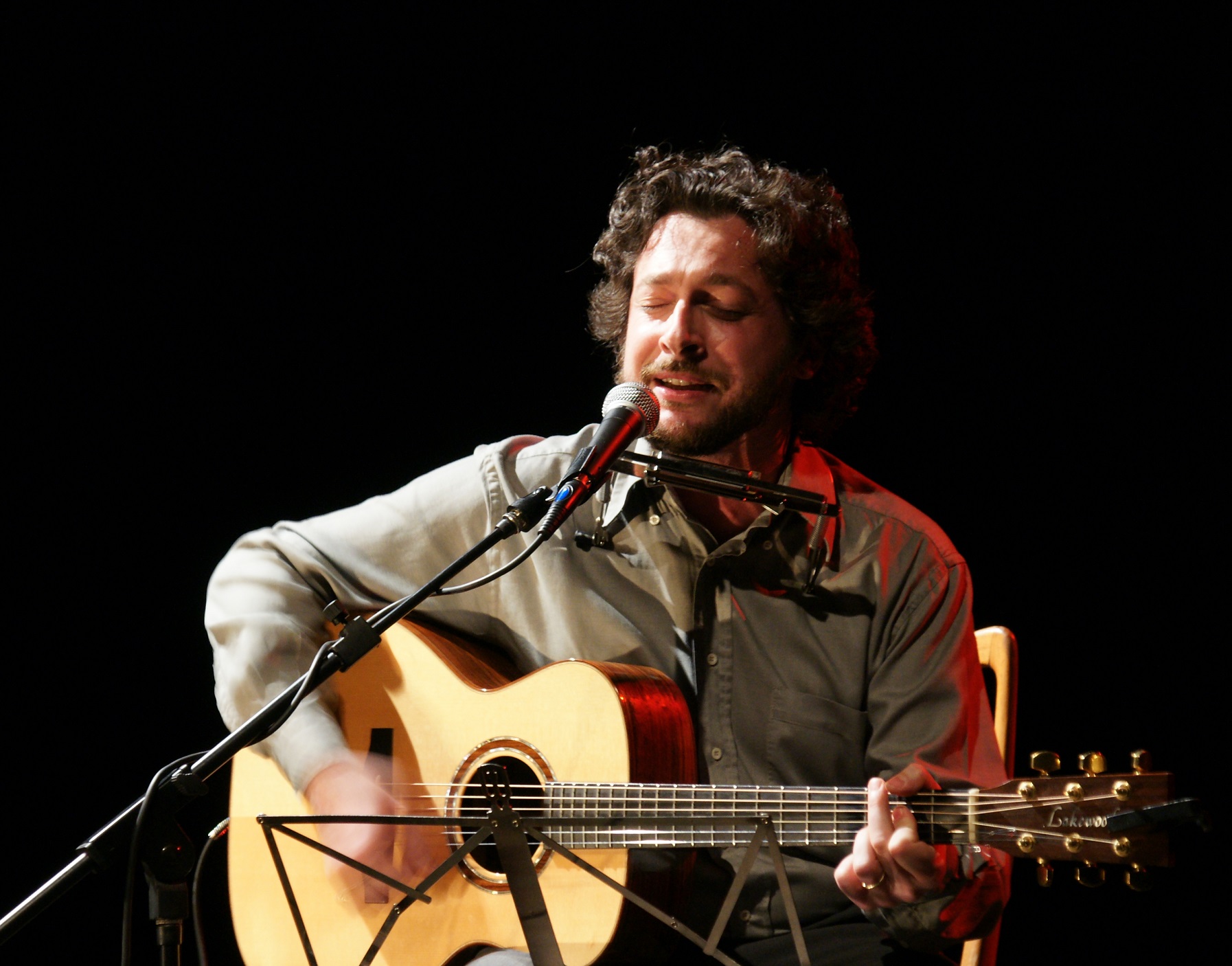 Aperto per ferie
(Open for Holidays)

Carlo get passionate about the guitar since sixth grade, which is when he starts learning to play it. At fourteen he already had a first group formed with school friends: they ranged from Bruce Springsteen, Fabrizio De Andrè, The Beatles and Pino Daniele. Then the discovery of Francesco Guccini and -above all- the discovery of Giorgio Gaber's song theater did the rest. And the rest are friendships with Fausto Amodei, Alberto Cesa, Gianni Coscia, Claudio Lolli, Gian Maria Testa or more recently Beppe and Filippo Gambetta and Elena Ledda. From each of them Carlo observed and learned something. He starts writing songs early and already with some songs such as Tarabas, ieri sera or the rhapsodic A bit for Clelia and a bit for celia, he reveals a very ironic style that in recent years has brought him to the fore of numerous international festivals: Madame Guitar, Un paese a sei corde and in particular MiTo-Settembre Musica, where he performed on three different occasions. His debut album is titled Zeus ti vede (2001): in that period he performed in many clubs even far from Turin. After a long break in Spain, where he lived in Granada teaching Italian, in 2006 the Piccolo Regio theater in Turin entrusted him with five themed evenings on Italian history; it is the occasion for a successful series of shows halfway between music and theater where Carlo collaborates and dialogues with various artists (including Franco Fabbri, Morgan and the Baiolese choir). In 2009, Un'ora d’aria was released, a record that guitarist Alex 'Kid' Gariazzo collaborated with for arrangements, with renowned jazz musicians such as Giorgio Li Calzi as guests. The album premiered at the FolkClub and has sold several thousand copies over the years. Among the most recent activities are: the four-track EP entitled Da quando conosco te (artistic production by Marco 'Benz' Gentile), some concerts in Germany, the founding of Ashville (folk group with strong bluegrass influences) and the writing of two shows produced by the Teatro Stabile of Turin: Note di un centromediano metodista (inspired by the sports writings of Luciano Bianciardi) and Ma la va diretta al Piave, centered on the singing repertoire of the Great War. In 2016 he published Bella ciao, a book on the history of the famous popular song (with a preface by Moni Ovadia) favorably received by critics and audiences. Since 2017 he has been the creator and artistic director of the MusiCogne-Musiche Di Legno acoustic music festival. What will he do/play in the venue where he debuted many years ago, when he timidly opened a John Renbourn concert? Will he perform alone or with some guests? For sure he presents his latest and awaited record, Aperto per ferie. Artistically produced with his friend Paolo Rigotto (drummer of the Banda Elastica Pellizza as well as author, composer and producer), the album is a gallery of small and intriguing sketches such as Sotto il cielo di Olga, a nocturnal elegy by Carol Rama and his studio of Napione street in Turin, or the scratchy Partita IVA [VAT number], ironic mockery of the present time. Last preview on the record? The comings and goings in the studio of artist friends who have moved on to leave their mark. Among others: Enzo Maolucci, Paolo Bonfanti, Federcio Marchesano and Valeria Tron.
http://www.carlopestelli.com/index.shtml