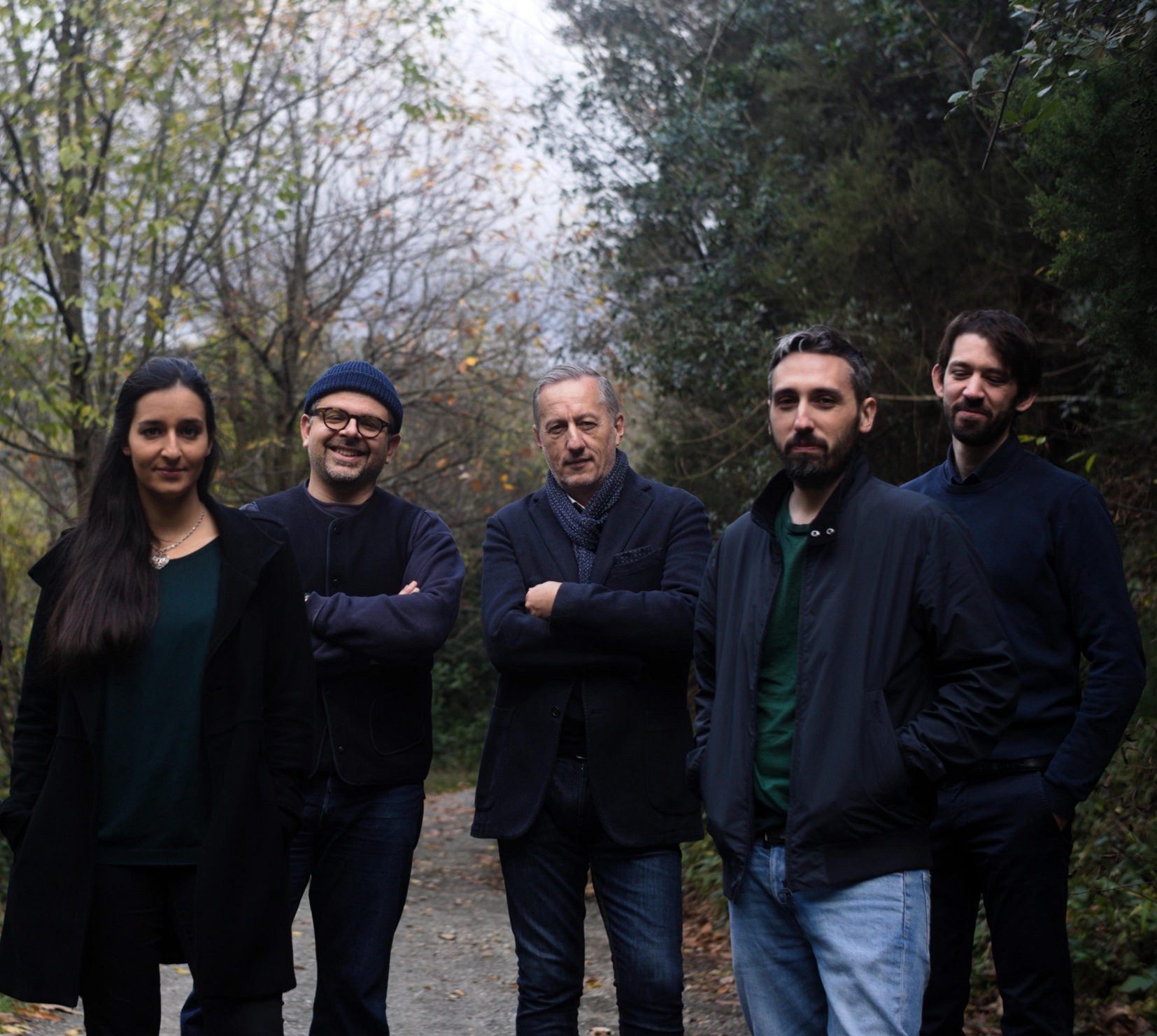 Let's celebrate the 40th anniversary of the band!

Fresh from the participation in November 2022 at the prestigious Ennis Trad Festival in Ennis, Ireland, which punctually boasts the presence of dozens and dozens of famous musicians of the Green Island, an occasion in which Birkin Tree presented their latest album "4.0" for the first time, the Ligurian friends return to Turin for our usual annual appointment with Irish folk at the highest levels,  This time celebrating a very special event: their 40th anniversary! "4.0" celebrates the fortieth year of activity of the best Irish folk band in Italy and at the same time marks a milestone in the history of the Birkin Tree artistic project, which in all these years has had the ability not at all obvious to renew and evolve and is now firmly projected towards the future. For the occasion, Birkin Tree is joined by the accordion virtuoso Murty Ryan, for a concert of great energy and suggestion, in which all the colors and atmospheres typical of Ireland are evoked; a careful selection of musical stories from the Celtic lands that outlines a fascinating itinerary, composed of both ancient and poignant ballads and unbridled and overwhelming reels, typical of the great instrumental repertoire of the Green Island; Obviously, the songs of the new -amazing- album "4.0" will be presented for the first time, inspired by the vast and ancient Celtic repertoire linked to the accordion, violin, uilleann pipes and flute. Guitar and bouzouki bring a great rhythmic and dynamic energy to the fascinating rhythmic-melodic texture presented by the solo instruments.
Murty Ryan is one of the leading Irish accordion players in Ireland. Originally from the village of Toor in Co. Tipperary, he learned his instrument from the great boxer Willie Fogarty of Nenagh. He received great musical inspiration from listening to and getting to know the likes of the late Paddy O'Brien and Joe Burke. He moved to the city of Ennis in 1996 where he began a stable musical collaboration with the great violinist Siobhan Peoples, (daughter of the legendary violinist Tommy Peoples), a partnership that still sees them regularly together, very active in the great and vibrant music scene of Ennis. With her he has given hundreds of concerts in Ireland, Europe and the U.S.A. In 2001 they released the beautiful CD "Time on our hands".
The Birkin Tree, for the eleventh time on our stage, certainly represent the most important Italian musical reality in the field of Irish music, with thousands of concerts in Italy, Ireland and Europe, hundreds of radio passages all over the world, numerous collaborations with the most renowned and illustrious Irish musicians, 5 acclaimed record productions ... and an immense passion for Irish music! Birkin Tree have held more than 2,000 concerts in Italy and Europe and are the only Italian band -and one of the very few in the world- to perform regularly in Ireland, where they have played in some of the most important festivals, including Feakle, Ennis Trad, Glencolumbkille, O'Carolan; they have performed in radio and television broadcasts for RAI1, RAI3, RAIRadio1-2 and 3 (in 2021 the very successful concert held in the prestigious I Concerti del Quirinale festival, broadcast live by RADIORAI3), TELE+3, TMC Telemontecarlo, RTS Switzerland, Radio Capodistria, Radio Popolare and in Ireland for RTE, Radio Kerry and Clare FM. In April 2010 Birkin Tree were guests of the live broadcast of RADIORAI3 La stanza della Musica, with a performance lasting one hour. Their music has been broadcast on radio stations in Germany, France, Portugal, Spain, Holland, Norway, Ireland, England, Australia, the United States, Russia and Switzerland. They have performed with some of Ireland's leading musicians such as Martin Hayes & Dennis Cahill, pipers Liam O'Flynn and Mick O' Brien, singer Niamh Parsons, harpists Grainne Hambly and Seana Davey, singer Cyril O'Donoghue, concert musicians Tony O'Connell and Caitlin Nic Gabhann, accordionists Murty Ryan and Derek Hickey and violinists Aoife O'Brien,  Tola Custy, Queavinn O'Raghallaigh, Michael Queally, Michelle O'Brien, Kira Nì Bhriain and Cìara O'Maonaigh. Fabio Rinaudo, one of the founders of Birkin Tree, in July 2008 took part in the Italian tour of the Chieftains. In the summer of 2011 the group was invited to the Masters of Tradition Festival in Bantry, County Cork, Ireland. Their concert was a great success and was broadcast via radio by RTE Lyric FM (national broadcaster). The group has also performed in France (Festival Pot'Arts Illfurth) and toured Germany. In 2015 the concert organized by the FolkClub for MITO saw Michel Balatti and Fabio Rinaudo join the immense Martin Hayes for an evening of great success and emotional impact. In March 2016 the band played in Milan for Enterprise Ireland, in the presence of the Irish Deputy Prime Minister, Joan Burton. In June 2016 the group was called to participate in an important production of the prestigious Ravenna Festival, where it performed with the band Lunasa and soloists Caitlinn Nic Gabhann, Mick O'Brien and Kira ni Bhroin. In addition to being present in dozens of compilations, the band has six record productions: "Continental Reel" (1996 - best album of the two-year period 95/96 for the main Italian magazine of ethnic music Folk Bulletin); "A Cheap Present" (1999 - review by Cinque Stelle by the weekly Musica de La Repubblica); "3(three)" (2003 - BRAVO! quality award by French magazine TRAD Magazine, sixth place in the ranking of the WORLD TOP TEN of 2003 by the German magazine FolkWorld, review by Quattro Stelle di Musica by La Repubblica; third place in the ranking of the best five albums of 2003 for Folk Bulletin); "Virginia" (2010); "Five Seasons" (2019 - 10th place in the ranking of the best 20 albums of 2019 for Il Giornale della Musica) and the latest very recent "4.0" (November 2022). At FolkClub, Murty Ryan (diatonic accordion) joins Fabio Rinaudo (uilleann pipe, whistles), Laura Torterolo (vocals and guitar), Michel Balatti (Irish transverse flute), Luca Rapazzini (violin) and the Scotsman Tom Stearn (vocals, guitar , bouzouki, mandola and banjo), permanently taking over in the summer of 2022 from the glorious Claudio De Angeli, who is now dedicating to other exciting projects.