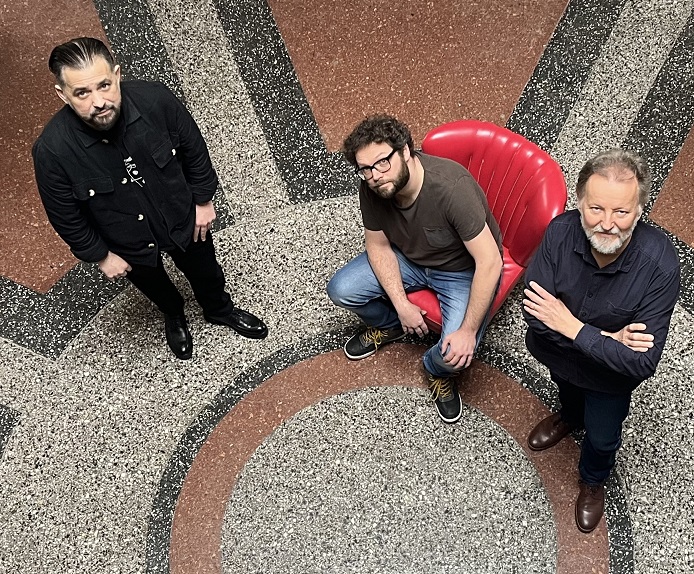 With the patronage of
HONORARY CONSULATE OF HUNGARY of TORINO

FIRST AND ONLY NATIONAL DATE
Throughout his career, multi-instrumentalist Mihály Borbély has masterfully developed his versatility by working in a variety of musical styles, from folk and world music to jazz to contemporary music. He has played in major folk, world music and jazz festivals throughout Europe, the United States, Mexico and Australia. He has worked with great masters such as Paul Bley, Steve Coleman, Trilok Gurtu, Charles Lloyd, Herbie Mann, Branford Marsalis, Zbigniew Namyslowski, Jiri Stivin and the Saxophone Summit (Michael Brecker, David Liebman, Joe Lovano). He has won several awards such as "Best Soloist" of the Karlovy Vary Jazz Festival, three eMeRTON awards, the Ferenc Liszt award, the "Alto Saxophonist of the Year", "Soprano Saxophonist of the Year" and "Clarinetist of the Year" awards. (JazzMa, MagyarJazz), Gábor Szabó Jazz Prize and the prestigious Kossuth Prize as a member of the Vujicsics band. Polygon, his most recent lineup, is equally at home in folk, world, jazz and contemporary music genres. The extraordinary peculiarity of the masterful Cymbalom player Miklós Lukács and the virtuous percussion of András Dés proved to be ideal partners to develop the special sound of the trio. World-famous guest on the trio's first album was the Bulgarian kaval virtuoso Theodosii Spassov. "Enchantment", Polygon's second album, was released in June 2022 by Fonó, a prestigious Hungarian record label. As demanding as chamber music, their music is sometimes melancholy and stimulating, at other times it vibrates and unravels with momentum. overwhelming. Engaging a variety of directions in jazz, features of the popular musical heritage of the Carpathian and Balkan Basin and elements of contemporary music, it can be delicately ethereal or full of overwhelming rhythms. The unusual instrumental ensemble ultimately makes for an exceptionally diverse musical world and rich, at the same time united in music. For the first time in Italy, for the only national date, at FolkClub Mihály Borbély (saxophones, tárogató, clarinet, bass clarinet, flutes), Miklós Lukács (cymbalom) and András Dés (percussion).
http://mihalyborbely.hu/english/
FolkClub it's equipped with an air purification system with European certifications of the highest level: the NIVEUS NV100 by NETCO; a machine guaranteed for the air purification of an area of ​​120 square meters (the club room is 100 square meters) from any pathogen, virus, allergen, bacteria and micro-dust in suspension, thanks to a high grade U15 ULPA filter density that blocks harmful particles, a UV-C ray sterilization chamber that sterilizes all microorganisms and an activated carbon filter that further purifies the air before re-introducing it into the environment. Several tests performed on NETCO's NIVEUS NV100 in Italian and European laboratories have confirmed and documented its remarkable purification performance and compliance with the highest quality and safety standards.
At FolkClub you can listen to Music in complete tranquillity!
Close
Save