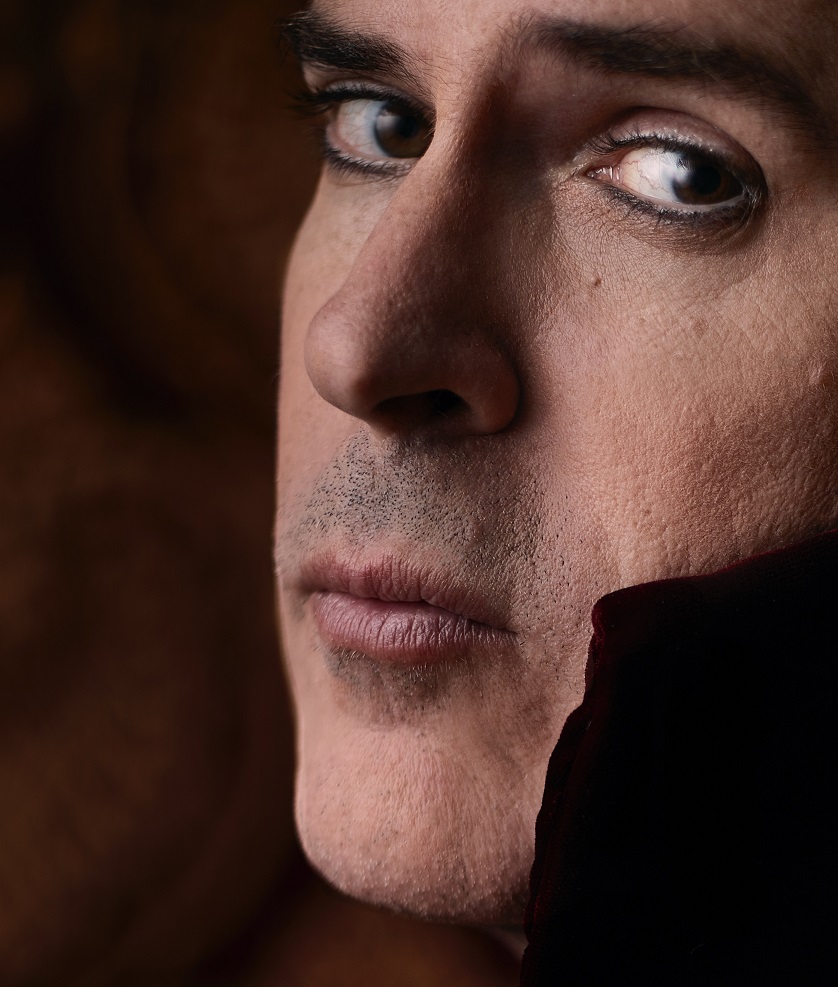 Chicago folk-rocker Michael McDermott will receive the Tenco International Lifetime Achievement Award on Ariston Theater stage in Sanremo on Friday 21 October 2022. A prestigious award, which deservedly places him in the Olympus of songwriters together with Tom Waits, Joni Mitchell, Leonard Cohen, Willy DeVille, Jackson Browne, Caetano Veloso and Fabrizio De Andrè. For the occasion, he will perform a handful of songs. The one at the FolkClub on Saturday 22 October will therefore be Michael's only solo concert in Italy, who arrives in our country exclusively for three appointments and leave just after FolkClub concert.
This is the reason for the award assigned by Club Tenco:
"If you choose to be a rock star you may not have an easy time, even if a best-selling master like Stephen King says of you that you are" perhaps the greatest rock and roll talent to be discovered in the last twenty years. As such, it immediately stands out, in the early 90s, but existential complications are lurking: drugs, alcohol, nightlife wandering around St. Paul's Boulevard in his native Chicago. Then a slow and tiring reintegration and a return to an artistic dimension that confirms Stephen King's judgment. Twenty-five albums in which he talks about himself, the family and the people who went through his life, of which St. Paul's Boulevard is the most recent testimony of him".
Michael McDermott's career began in 1991 with the masterpiece "620 W Surf". Critics welcomed it with unusual clamor, calling him 'the next big thing'. With the heart of the Village folk and the soul of rock'n'soul that from Springsteen goes through three decades of great music, McDermott has over time established other excellent record chapters, all welcomed with great enthusiasm by Rolling Stone, The New York Times , CNN and The Washington Post, just to name a few, and has slowly found its own artistic dimension, far from the clamor of its beginnings but more in keeping with its current nature as a mature storyteller. In the new album "St. Paul's Boulevard" Michael McDermott finds the great guitarist David Grissom and above all looks without lingering straight in the eyes all the skeletons of his glorious and tormented past in a personal and universal journey that sends a message to the new generations against the desire for success.
Music creates a profound connection when it hits that delicate nerve that separates the personal from the universal. If the listener can use the songs as mirrors, then the artist has managed to communicate his art to him. Chicago-based singer-songwriter Michael McDermott has spent decades riding that artistic balance, and he does so with renewed power on his new CD “St. Paul's Boulevard”, a kind of concept album that collects his creative momentum and introduces lost and found characters, rich and poor, young and old, struggling to survive on an imaginary road that could be anywhere. "St. Paul's Boulevard" is the sound vision of McDermott and co-producer Steven Gillis (who is also on drums on the album, while Matt Thompson is on acoustic guitar and electric bass, Grant Tye on guitars, Heather Lynne Horton on violin and vocals and Vijay Tellis-Nayak at the piano and organ). Other guests on the album are Will Kimbrough, John Deaderick, Danny Mitchell and the great David Grissom. "Everyone has their own St. Paul's Boulevard, the place where we left pieces of our heart, our innocence, where we suffered from heartbreak, where we knew shame and fought to find our place in this world," he says. McDermott. "It's where we fought to cultivate love and light in a dark world. It's where some of us were, stuck in development and social and emotional intelligence." This folk-rocker of the heart continues to make music, but always on his own terms. McDermott lived the songs he writes, that place and those shattered hopes. "Those days are now just washed-out dreams of characters, drunk and drug addicts, who spend their nights wandering around the city looking for a solution angry, driven by love, lust, desire or knowledge," he says. “I've lost a lot of people on St. Paul's Boulevard. Many have not made it. I am lucky to have succeeded. It is a place that brings out our best and our worst alike. It is the landscape in which the obstinacy of the spirit rises above the reality of darkness that surrounds us”.
At FolkClub, Michael McDermott will perform solo, voice, piano and guitar.
Essential !!!!
www.michael-mcdermott.com