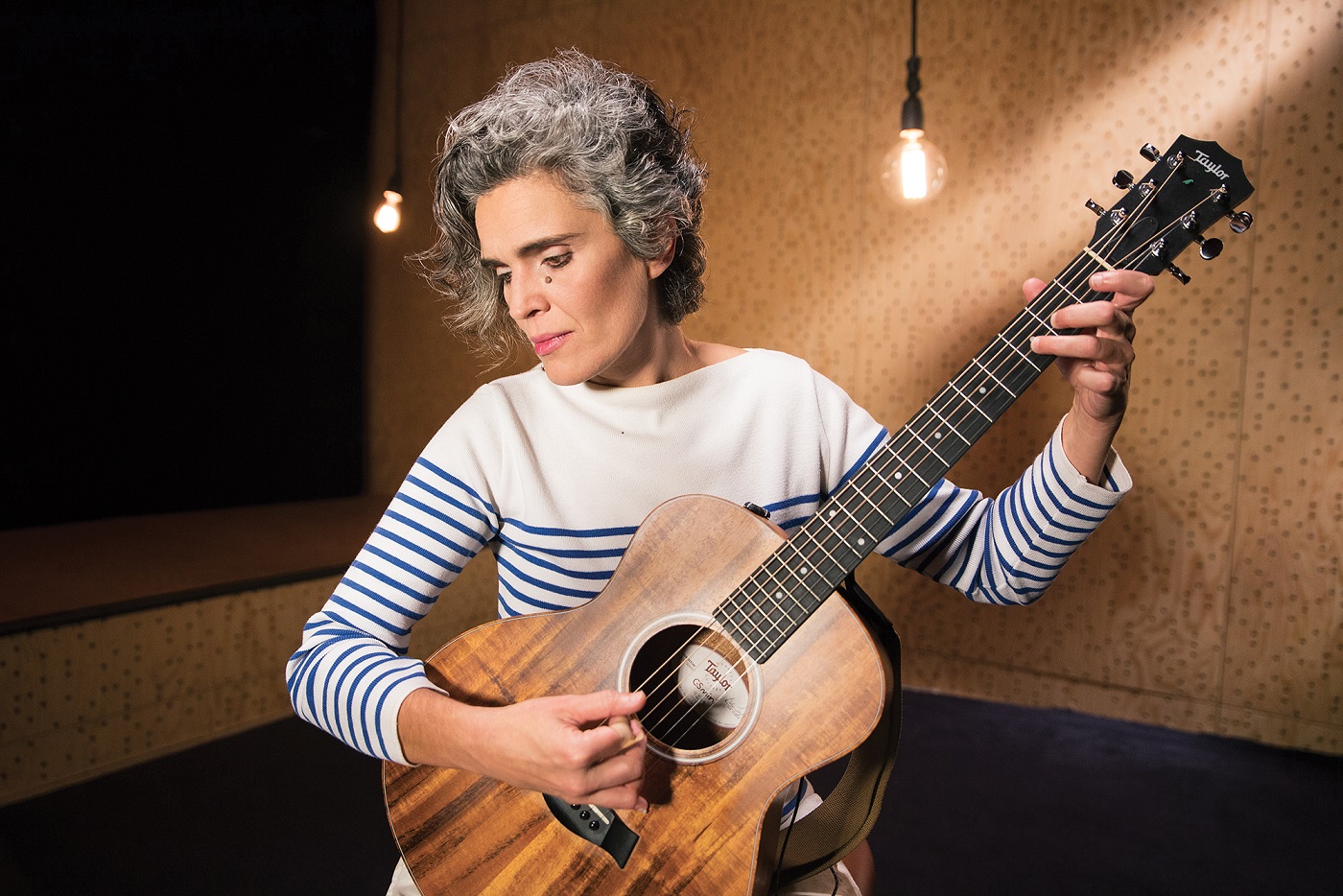 "For years in Lisbon they stopped me on the street asking me when I would record a new record. But for me playing is not a profession, it is an almost religious experience that I cultivate with great parsimony. That's why I'm in no hurry: I let things happen, without forcing them, because sometimes you don't need to look for inspiration, it's she who comes to visit you. However, this is my way of living Art, I don't know any others". (Lula Pena) Forty-eight years and only three albums published, an international fame as a reluctant diva, constantly fleeing from celebrity, and the compliments of Caetano Veloso who considers her, quite simply, one of the greatest living voices. Born in 1974 and raised in Lisbon, Lula Pena made her twenty-four-year-old debut with a record, "Phados", to disappear from the radar until 2010, the year of the release of the splendid "Troubadour". From there, a trajectory in the world music circuit, a passage also to Womex, until his latest album, "Archivo Pittoresco", which comes out in 2017 for one of the leading labels in the sector, Crammed. Unadorned style, minimal to the core, of Lula Pena, Portuguese singer and poet, we often hear that it is somewhere between Tom Waits and Leonard Cohen, but feminine: definition of effect and easy grip but that in practice says little or nothing about who Lula Pena is and how his music is. Fado, a starting point and reference point for those approaching the music of Portugal, is naturally present, but in the background, just to give a foothold to the listener and indicate vague coordinates with an intimate and painful voice. His is a very personal sound formula, which is influenced by both American folk and Brazilian music, without ignoring the listening to his father's jazz vinyls. A unique combination, with very few similar on the contemporary music scene. Lula has managed to create around herself an almost mythical, sacral halo, like a sort of priestess who officiates a ritual made of pathos and grace, subtle sensuality, creeping like a dance that moves between the folds of what is at the crossroads between body and soul, a quiet but inexorable movement, those strings played while the voice embroiders on them texts in different languages and,  From time to time, the right thumb beats on the kick drum almost without giving it to hear and yet rekindling a rhythmic motion that, in its gait, does not give up a comma. Attending a Lula Pena concert means being captivated by his playing as if in a trance, by his hypnotic and hoarse vocal timbre accompanied only by the acoustic guitar – which he plays masterfully, with a very personal style, drumming it, beating it gently. In his sets, as on the record, the same song form melts in the continuation of a discourse that seems uninterrupted. Each song flows, fades into the next, a sort of stream of consciousness for guitar and French, American, Sardinian ideas, from the Mediterranean and from some past perhaps never existed ... without unsettling comparisons, Lula Pena's music is an experience not to be missed.