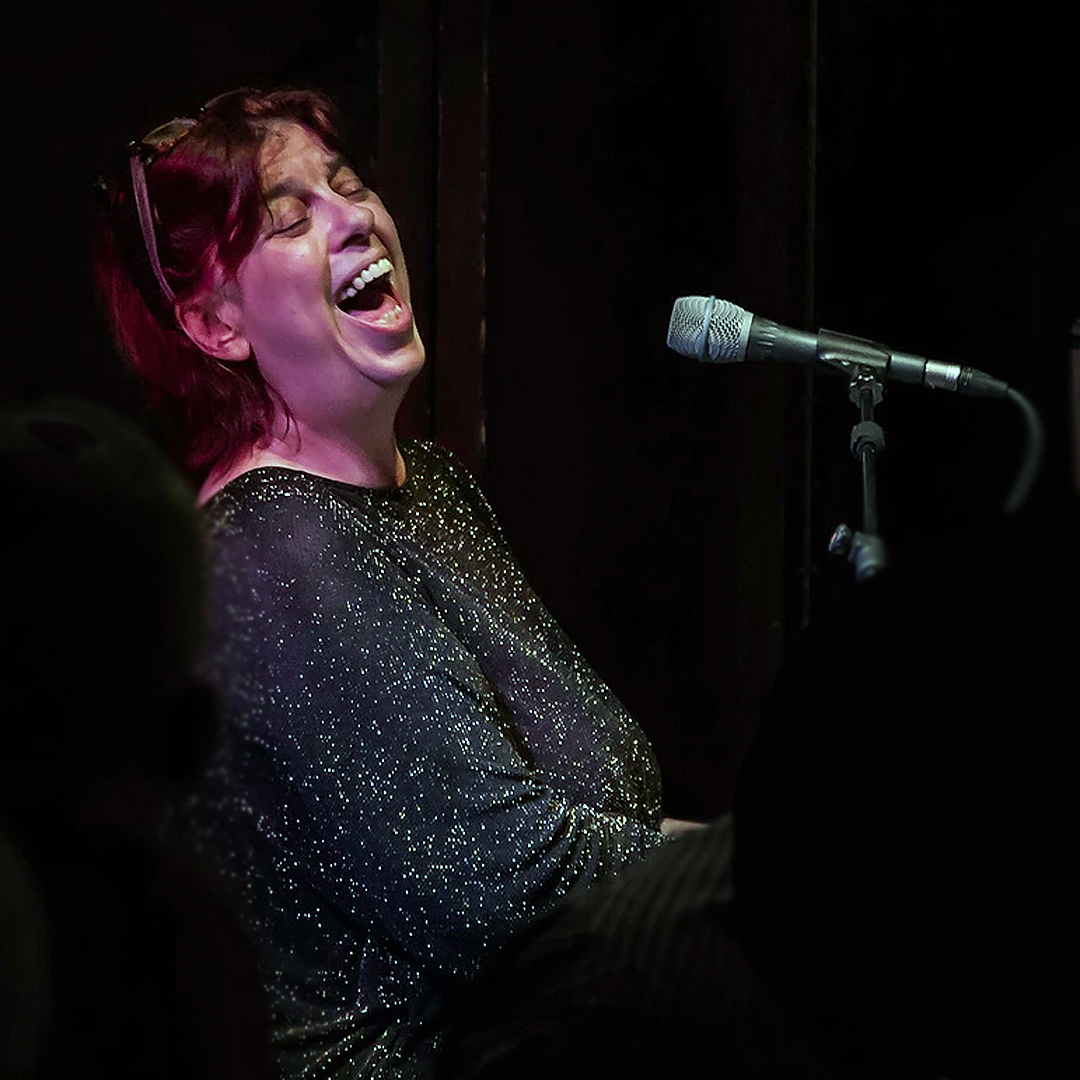 In over 62 RadioLondra concerts since its inception in 2009 it has happened to see artists who had already participated in the review: this is the case of Jim Mullen or Ian Shaw, Dino Rubino or Zoe Francis... and Liane Carroll. But Liane sets a new record: she is the first to participate to RadioLondra for the fourth time and the many who have listened to her in her three previous performances (2011, 2013 and 2016) will not be surprised at all. Liane has conquered everyone since the soundcheck, as well as with her disruptive voice and her elegant pianism, with her incredible human charge and her overwhelming sympathy, offering concerts of rare intensity and energetic beauty. Even the walls smiled on those occasions...
And so she is again; if you let it slip the other three times, remember that persevering in error is diabolical!
"Now incredibly swinging, now brutally and tenderly expressive, to be taken to the heart" (Time Out Magazine)
Liane Carroll is a star of the first magnitude of the British jazz firmament, so much so that she was called to collaborate by a living legend like Sir Paul McCartney. Liane she was born in London and raised in Hastings, where she still lives today. Her daughter of art, both of her parents were singers, she approaches the piano at the tender age of three. Since the age of 15 she appears in various bands, both as a vocalist and as a pianist. In 1988 she joined Trevor Watt's Moire Music, with whom she participated in numerous world tours. In the 90s she founded her trio, and she continues to work with other artists such as Gerry Rafferty, Jerry Donahue, Long John Baldry. Since 1993, Liane regularly appears at the legendary Ronnie Scott's Jazz Club in London, where she will record two live records. In 2001 she participates in the “Drum & Bass London Elektricity” project. In 2003 he released his first album, "Billy No Mates" among the paean of the critics, the album gets two BBC Jazz Awards for "Best Voice" and "Best Jazz Record", Liane is the only musician to have obtained two BBCs Award in the same year. In 2005 she recorded "Standard Issue" in the mythical sudios of Abbey Road with her trio and some prestigious guests such as Ian Shaw and Bobby Wellins. The BBC broadcasts a one-hour special about her. In 2007 he won the Ronnie Scott's Jazz Awards as "Best Jazz Voice", the performance of his trio at the Glastonbury Festival is broadcast live by the BBC, and publishes the "Slow Down" CD voted among the best 5 jazz CDs of the year by the English Parliament. She is touring in duo with Scottish pianist Brian Kellock when The Herald newspaper claims: "... this is the greatest duo in the history of British jazz!". Liane has collaborated with many great musicians, among them, in addition to the already mentioned, John Taylor, Kenny Wheeler, Jim Watson, Jim Mullen.
This extraordinary English pianist and vocalist returns to FolkClub in the company of bassist (and husband) Roger Carey and our Enzo Zirilli on drums.