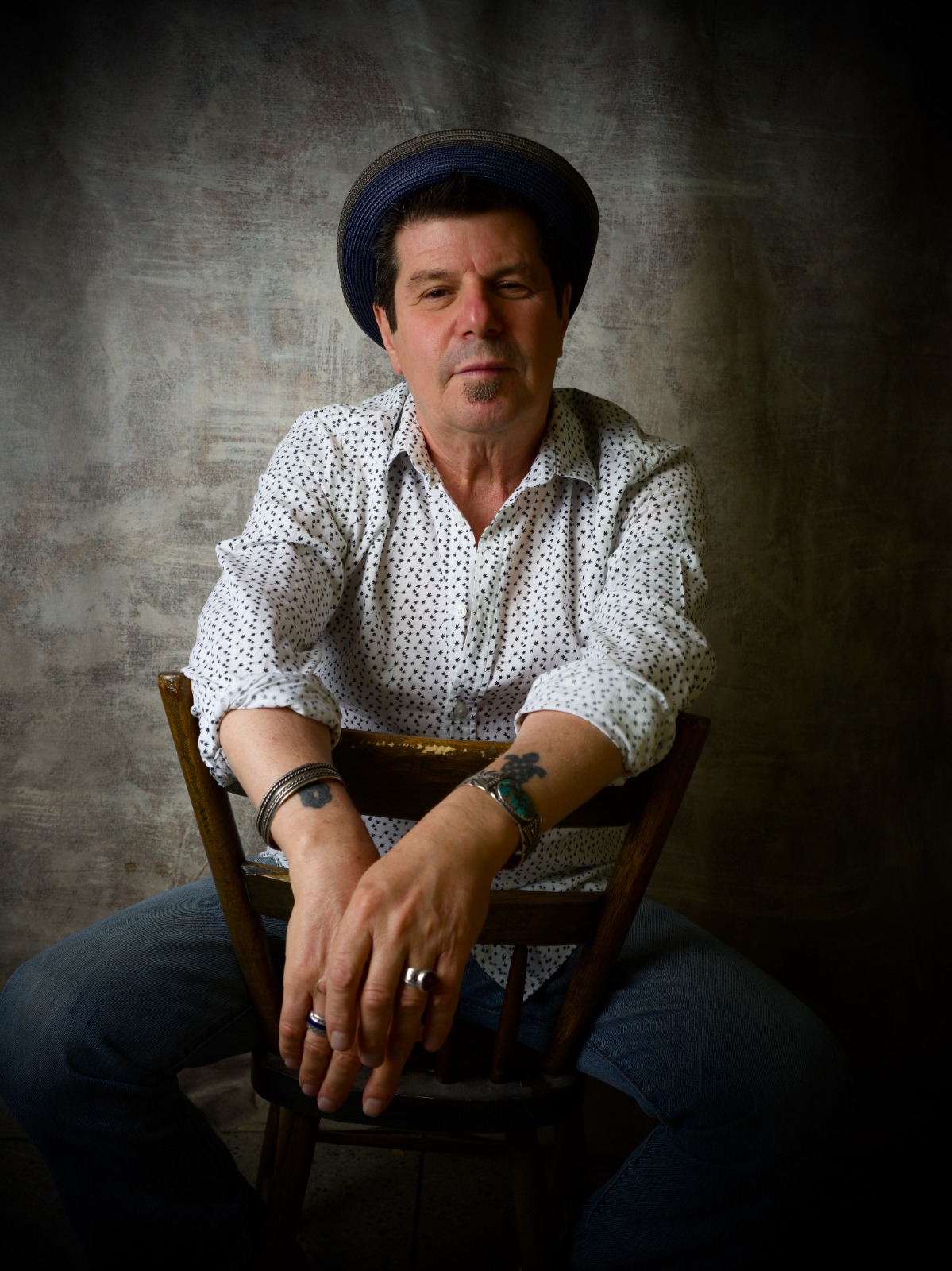 Preview of the brand new album "Stars Enough to Guide Me"

Manson formed his first band 50 years ago, in 1968, at the age of seven. Since then he has lived immersed in music. His repertoire is characterized as a coherent path through the genres that have defined his illustrious career: from rhythm and blues to rock and roll, passing through soul, Americana and pop. Born and raised in New York, Jono Manson began his professional career in the '70s as a teenager in the city's second-rate bars, where six-hour sets are the norm and evenings rarely end before dawn. In the early '80s, Manson was a highly respected figure on the club circuit and his band, Joey and The Miserable Worms, was a group to contend with in that world. The New York Times calls the band members "local heroes", crediting them with influencing many other artists, including the likes of Joan Osborne and the Spin Doctors. In the following decades, Manson continued his artistic career and at the same time created his own path as a record producer in Italy; records the award-winning platinum album Four by the Blues Traveller's; opens his own recording studio in New Mexico (where he collaborates with artists such as Edoardo Bennato, Amanda Palmer, T Bone Burnett, Terry Allen and Ray Wylie Hubbard, among others); contributes to the soundtrack of Kevin Costner's post-apocalyptic film The Postman; he went on to produce as far as Pakistan and performed at Madison Square Garden with Bruce Springsteen, Taj Mahal, Emmylou Harris and Joan Baez in honor of Pete Seeger, on the anniversary of his 90th birthday. A deeply gifted writer, producer and performer, Jono Manson weaves the threads of his extraordinary life on his upcoming album, "Stars Enough to Guide Me", which will be released in April on the Californian label Blue Rose. The album brings together a string of special guests who have accompanied Jono at various times in his career and offers an eclectic sound that at the same time looks to the future and honors the past. In addition to his abundant discography, Jono has dedicated himself to the production of high-level Italian artists, including the last two albums of the legendary The Gang, and projects with Stefano Barotti, Momo, Barnetti Bros. Band (with Massimo Bubola, Andrea Parodi, Massimiliano Larocca), two albums by Mandolin Bros, Beatrice Campisi, Marco Corrao, Riccardo Maccabruni, and many others. Jono also made an album with the Genoese guitarist Paolo Bonfanti and also collaborated with Edoardo Bennato for a theatrical show also presented outside Italy. For some years he has been recording for the historic Appaloosa Records label, after publishing his first seven records for Club de Musique, another Italian cult label. On stage alongside Jono Manson (voice and guitar) our Mandolin' Brothers, undoubtedly one of the most important bands in the Roots Music scene, which in 2019 celebrated 40 years of career with a splendid album published entitled "6", recorded between the Downtown Studios in Pavia and the Raw Wine Studio in Buffalora and mixed by Jono Manson in his Kitchen Sink Studio in Santa Fe. "6" celebrates 40 years of history of this band, born and raised around the two founders Jimmy Ragazzon and Paolo Canevari. The album is also a celebration of this journey, with quality music as the absolute protagonist and musician friends in the role of luxury guests (including Jono himself, Paolo Bonfanti, Bruno De Faveri and Dado Bargioni). The sound of Mandolin' – more and more mature – is a summa of various genres that, starting from the blues, explores the whole North American tradition, from folk to American rock, with a specific preference for some artists such as Dylan, Little Feat and Stones who have left an indelible mark especially in the composition of the songs of this historic formation. For the occasion, to accompany Jono Manson (voice and guitar), the Mandolin' Brothers will present themselves in a reduced formation with Jimmy Ragazzon and his unmistakable voice, harmonica and acoustic guitar; Joe Barreca on bass, Marco Rovino on slide guitar, mandolin and dobro, and Riccardo Maccabruni on accordion.