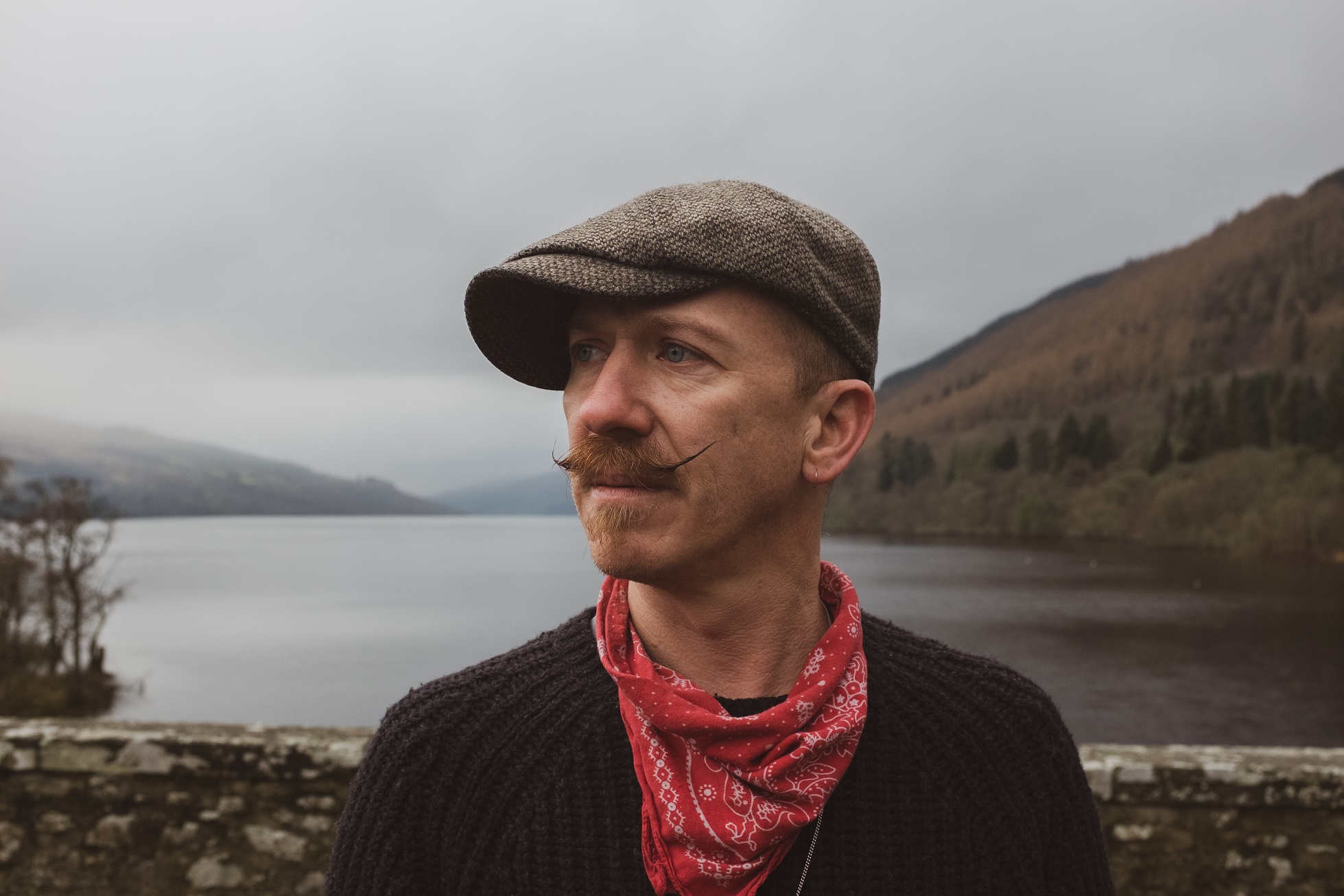 ENTRY IS STRICTLY FOR MEMBERS ONLY. HERE THE RULES FOR MEMBERSHIP
RECOVERY DATE
Due to a health problem of Foy Vance, his concert - originally scheduled for the Season opening on 25 September 2022 - has been postponed to Friday 10 February 2023.

NB: Due to the high demand for seats, if it is not possible for you to honor your booking for February 10th, we ask you to cancel it as soon as possible, thank you.
CONCERT NOT BROADCAST LIVE STREAMING

Foy Vance lands in Italy, for the first time!
Singer-songwriter from Bangor, Northern Ireland, Foy Vance released his fourth studio album, 'Signs of Life' in September 2021. Deeply rooted in the rich musical history and aesthetic of the southern United States, Foy independently released his debut album 'Hope' in 2007, quickly garnering acclaim from fans and fellow musicians. In 2013 Foy released his second full-length album, 'Joy of Nothing', for Glassnote Records, following which he received many positive reviews and touring invitations around the world from the likes of Ed Sheeran, Bonnie Raitt, Marcus Foster, Snow Patrol and Sir Elton John. Foy was the second artist to sign to Gingerbread Man Records, the division of Ed Sheeran's label within Atlantic Records. Foy's recording debut with Gingerbread Man Records, 'The Wild Swan', was produced by Sir Elton John and released in 2016. His music video for lead single 'She Burns' featured the Pretty Little actress. Liars as well as People's Choice Award winner Lucy Hale. His music video for 'Coco' featured Coco Arquette, daughter of Courteney Cox and David Arquette, who inspired the song's title, and was directed by Cox. In 2019, Foy released two albums, 'From Muscle Shoals' and 'To Memphis', recorded in just a few days at the legendary FAME Studios in Muscle Shoals, Alabama, and the Sam Phillips Recording Studio in Memphis. 'Signs Of Life' is Foy's second studio album for Gingerbread Man Records and is ideally the follow-up to 'The Wild Swan'. As a songwriter, Foy's collaborations include the co-writing of four songs by Ed Sheeran, including 'Galway Girl', included on the 2017 album 'Divide'. He has also worked with Alicia Keys, among others. Rag N Bone Man and Kacey Musgraves, among others, casually switching from one genre to another.
In 2020 Foy also launched the 'The Vinyl Supper' podcast series, in which he talks about music, food and life stories with special guests and friends from the world of music, poetry and film. Foy has performed on stages all over the world with sold out crowds, and splits his time between London and the Scottish Highlands, where his family lives.
With him, a real special guest: from the USA, the singer-songwriter Grammy awarded Bonnie Bishop!
https://www.foyvance.com/

Opening Act: BONNIE BISHOP presents her new album "The Walk"
A twenty-year career that began in Texas with a tough apprenticeship in the most ramshackle bars. In Nashville in 2008 after signing a publishing contract, there she honed her acclaimed songwriting chops writing with the likes of Mike Reid, Jimmy Wallace, Al Anderson and others who challenged and inspired her to dig deeper. Her big break came when Bonnie Raitt recorded a song she and Anderson wrote, "Not Cause I Wanted To", which earned Bonnie Bishop her first Grammy. In all, Bonnie has recorded five well-received albums, climbing the ranks of country and American music. At one point she decided to take a break from the stress of business and enroll at Sewanee University of the South, where she began working on a master's degree in creative writing. In 2016, the Thirty Tigers convinced her to record a new album with producer David Cobb. The acclaimed "Ain't Who I Was" brings Bonnie back to the forefront, showcasing the more soulful side of the dynamic singer and peeling off some of Nashville's veneer. She begins to point to his future goals with what Pop Matters called a "slow-burning self-reflection", armed with a voice and lyrical finesse that Rolling Stone jokingly referred to as "both barrels". Blessed with an original and resounding vocal range, Bishop has now freed herself from the Nashville boom mentality to walk a line of her own creation. It is a frank, funny, fierce, insightful Bonnie Bishop who we meet on this path, a recharged and graceful singer-songwriter. Her determination to put one foot in front of the other and find his way to "reclamation" became overwhelming when she left Nashville for her native Texas in 2017. Since then, she has never looked back. "The Walk" is clearly her most honest effort to date, a groove-laden lyrical lightning bolt from which the tonic of self-revelation pours over into the songs, Bonnie's most heartfelt testimony that music can still heal the spirit.
http://www.bonniebishop.com/

FolkClub has equipped itself with an air purification system with European certifications of the highest level: the NIVEUS NV100 by NETCO; a machine guaranteed for the air purification of an area of ​​120 square meters (the club room is 100 square meters) from any pathogen, virus, allergen, bacteria and micro-dust in suspension, thanks to a high grade U15 ULPA filter density that blocks harmful particles, a UV-C ray sterilization chamber that sterilizes all microorganisms and an activated carbon filter that further purifies the air before re-introducing it into the environment. Several tests performed on NETCO's NIVEUS NV100 in Italian and European laboratories have confirmed and documented its remarkable purification performance and compliance with the highest quality and safety standards.
At FolkClub you can listen to Music in complete tranquillity!
Close
Save