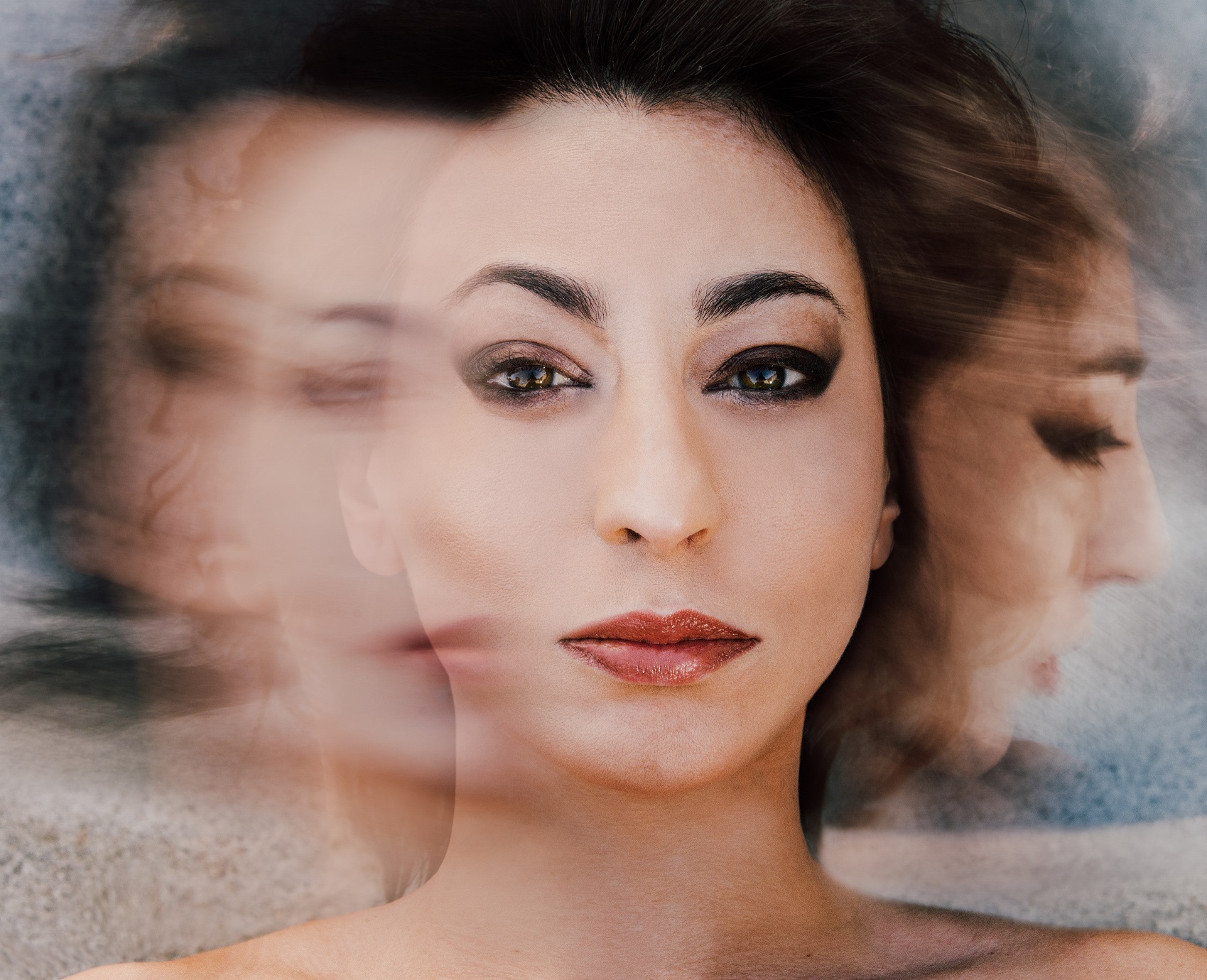 When Sicily sounds future. "Verso Roda" (Towards Roda) is an intimate and disruptive live in which the theatricality of languages melts into the rhythmic interweaving of the marranzano. It is a sunny story imbued with femininity and pride, a sensual and energetic concert, theatrical in content and light in attitude. World music transitional, arcane vocality and trans ritual. Shamanic cabaret, earthly laughter and transcendent aspiration. It is sung in Sicilian and in Gallo-Italic of San Fratello, a village of ancient Norman colonization, where populations of the regions of Northern Italy, Monferrato and Liguria above all and of Lower France are mixed since the Middle Ages. Sanfratellano, that is the Lombard Language of Sicily, is a linguistic island formed by fragments of various dialects of northern Italy. Absolutely incomprehensible to non-natives, it is still intact, daily used in the village by all generations. Transmitted orally, it looks like nothing, yet it sounds exotic. Victorious against the pitfalls of linguistic and mental globalization, he is jealously protected by the sanfratellani. Its cadence proves to be exceptional sound material, imposing a unique rhythmic scanning. And looking for the mystery of the language, Eleonora meets the Jews of San Fratello in an original repertoire, sang in Sanfratellano, dedicated to the mysterious "disturbing" characters of the rites of Easter. Hieratic in their precious costumes, a bit warriors, a bit fauns, a bit flagellants, they sing with their trumpets military melodies, danceable and marching. Pervaded by authentic spiritual inspiration, they embody the apparent contradiction of accompanying the days of passion with desecrating motifs and seasoning the funeral procession with festive patrols of drunken trumpeters. Between "Moviti ferma", the latest album of the singer-songwriter already a finalist at the Targhe Tenco 2020, and the next "Roda", out at the end of 2023, is "Verso Roda": a preview that mixes the world repertoire of the singer-songwriter with the ringing sound of the trumpets of the Jews, in a concert that projects arcane sound fragments into a contemporary horizon.
Eleonora Bordonaro. Sicilian singer-songwriter, interpreter and researcher of Paternò, she deals with popular and world music, reinterpreting Sicilian songs of oral tradition, from popular poetry to that of storytellers, from the peasant repertoire to the sacred, with particular attention to the story of the female world. She debuted as an author with "Cuttuni e lame. Trame streuse di una canta storie", published in 2017, with the artistic production of Puccio Castrogiovanni. "Moviti ferma", his second work, is a finalist at the Targhe Tenco 2020 in the Best Album in Dialect category. He is interested in the rediscovery of the precious poetic heritage in the Italic rooster of San Fratello, Messina and, in the path of exploration of the linguistic islands still living in Sicily, he took part in the Skanderband project, on the Arbereshe repertoire. Since 2008 she has been the soloist of the Orchestra Popolare Italiana dell'Auditorium Parco della Musica in Rome, conducted by Ambrogio Sparagna. In 2013 he recorded "La Custodia del Fuoco" with the Majarìa Trio, in which the texts of the nineteenth-century collections of Lionardo Vigo, Salomone Marino and Giuseppe Pitrè are reworked in an ethno jazz key. He founded the Casa Museo del Cantastorie in Paternò, a center for the production and creation of the art of narration and sang the soundtracks of films for the cinema, documentaries and art videos including "Mine Vaganti" by Ferzan Ozpetek, "Romanzo criminale" by Stefano Sollima, "La doppia ora" by Giuseppe Capotondi, "La Siciliana ribelle" by Marco Amenta.
Puccio Castrogiovanni. Multi-instrumentalist, composer and arranger from Catania, born into a family of artists, actors and musicians, he is the founder of the group I Lautari. Virtuoso di marranzano, he declines the sound of traditional instruments to contemporary creativity, contaminating his compositions of world, popular and electronic sounds. He plays a variety of popular instruments: from keyboards to picks, from winds to percussion. He is artistic producer and composer and arranger of Eleonora Bordonaro's albums "Moviti ferma" and "Cuttuni e lame. Trame streuse di una canta storie". He has collaborated, among others, with Carmen Consoli, Alfio Antico, Riccardo Tesi and Goran Bregovic and for the theater with Gabriele Lavia, Franco Zeffirelli, Peppe Barra, Pino Micol and Giorgio Albertazzi. Since 2007 he collaborates with the Zappalà Danza Company signing the soundtracks of the shows "Instrument 1", "A. Semu tutti devoti tutti" (Premio Danza&Danza2010), "Odisseo, il naufragio dell'accoglienza", "Sud Virus", "I am beautiful". He currently conducts the Ensemble Jacaranda, Piccola Orchestra Giovanile dell'Etna.
On FolkClub stage, Eleonora Bordonaro (vocals) and Puccio Castrogiovanni (marranzano, plectrums, accordion, percussion), are joined by Marco Corbino (guitar) and Marina Latorraca (trumpet).