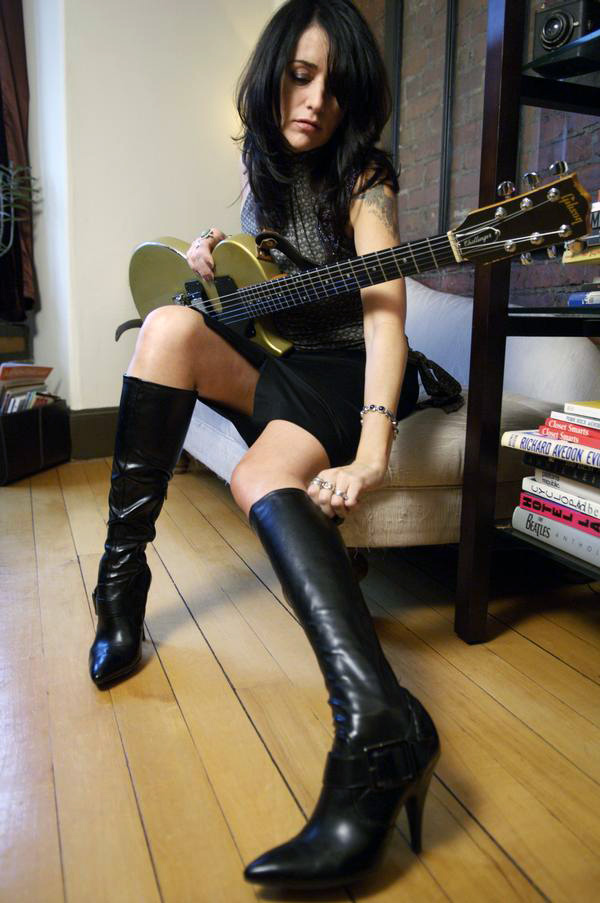 Eileen Rose with a series of acclaimed albums has established herself as an eclectic artist, of absolute level and difficult to categorize. Her melodic and emotionally impactful songs and thrilling shows have guaranteed her numerous fans on both sides of the Atlantic. Originally from Boston, Eileen Rose Giadone (the surname betrays clear Italian descent), penultimate of 9 children, grew up in a family of music and dance lovers that allowed her to come into contact with the most disparate genres since she was a child: from traditional Irish music to folk, from crooners to big dance bands. He began writing songs at the age of 14 and later abandoned his surname ("Rose was certainly easier for the public to memorize and then I wanted to avoid my family the embarrassment of my eventual failure") and a not very promising university career in law studies. It is in this period the release of a self-produced album useful to guarantee engagements in the various clubs of Boston. In 1991 he moved to England, where he began his professional career. In a club in Camden Town she was noticed by Geoff Travis, head of Rough Trade who would produce his first two CDs "Shine Like It Does" (2000) and "Long Shot Novena" (2002). The sessions feature the likes of Glen Matlock of the Sex Pistols, Del Amitri and The Ruts. The critical reception is very favorable: "... sensational..." (Sunday Times), "... a gem..." (The Guardian).  During this time she toured with Ryan Adams, dated Ozzy Osbourne and writer Nick Hornby, who mentioned her in his novel "31 Songs". In 2003, Eileen returned to live in Boston where she recorded her third album "Come The Storm" followed in 2008 by "At Our Tables", recorded in Detroit. In 2009 Eileen once again changed residence and arrived in Nashville, starting an artistic and personal partnership with The Legendary Rich Gilbert. The nickname is ironic, but up to a point, because Rich is really something very close to a legend for the Bostonian scene from which he comes and where he founded three of the most acclaimed bands in the area. In addition, Rich was for 7 years the guitarist of Frank Black and the Catholics, alongside the legendary singer and founder of the Pixies. Nashville has greatly influenced the musicality of Eileen Rose who for several years has performed every night at Robert's Western World, one of the most cult clubs in the city on lower Broadway, where honky tonk and timeless country classics are played for 4 hours, from Loretta Lynn to Willie Nelson. In recent years Eileen Rose has been able to expertly mix rock, pop, blues, folk, gospel, rockabilly, roots and country to arrive at a very personal sound characterized by her powerful voice. She has been hailed by critics, depending on the moment, as the new Patti Smith, the new Lucinda Williams, the new Ani Di Franco, the new Sheryl Crow, but none of these definitions do it justice, because Eileen is Eileen with her unique and original musical personality. "... Give me an audience, my guitar, a microphone and a glass of wine and I couldn't be happier!" (Eileen Rose)
Eileen Rose will record her next album in Italy, together with the Tuscan band I Musica da Ripostiglio, met last summer in Piombino during an evening organized by Club Tenco. In the concert at the FolkClub that will retrace the career of this wonderful singer-songwriter from the east coast there will be space for the incursions of the manouche guitars of Musica da Ripostiglio, Luca Pirozzi and Luca Giacomelli, as well as the pedal steel of Rich Gilbert. A meeting between psychedelia, folk, swing with a touch of world & gipsy music to surround the beautiful songs of Eileen Rose.