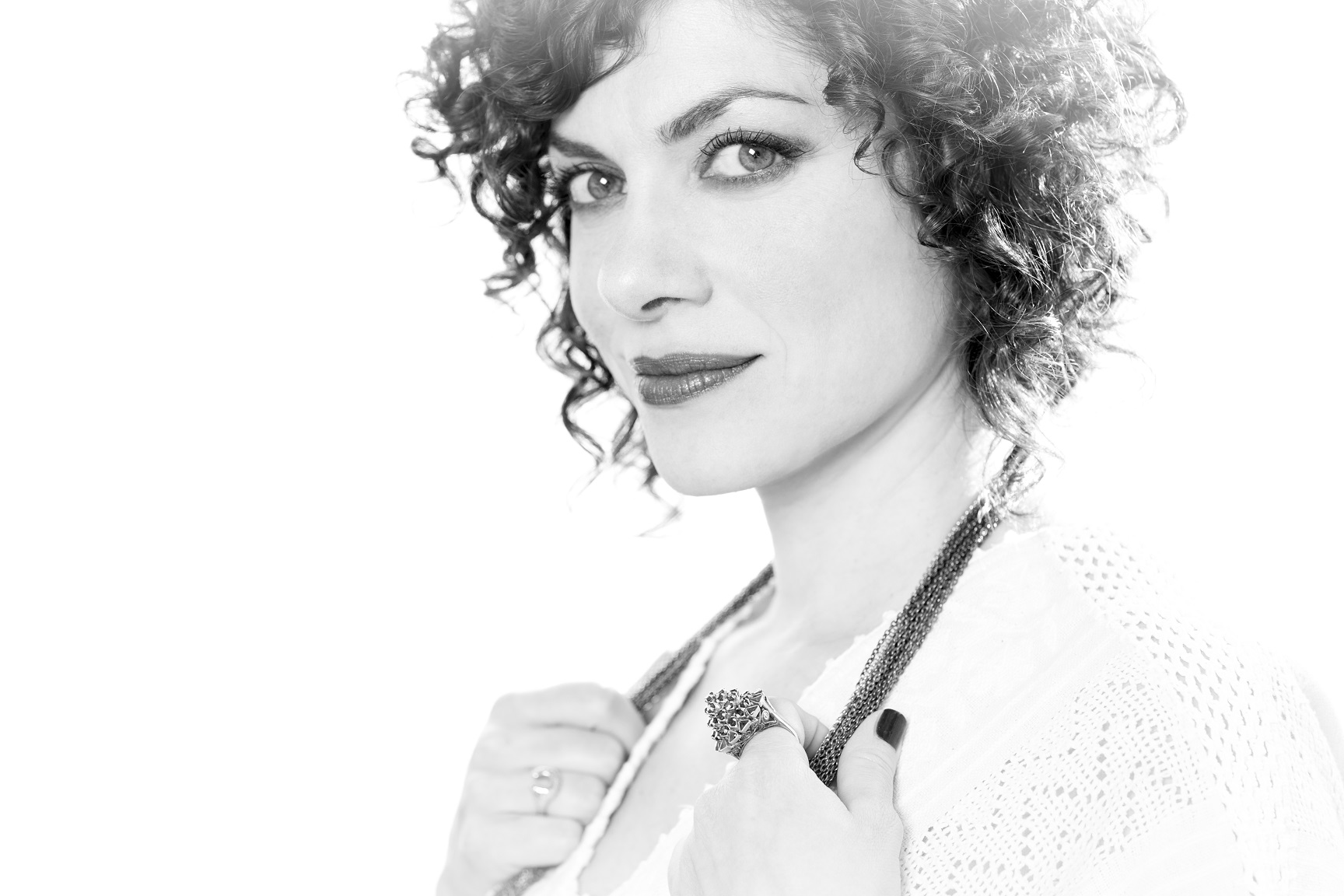 Carrie Rodriguez, a singer-songwriter from Austin, Texas, finds beauty in the cross-pollination of different traditions. An artist full of passion who naturally blends the fiery violin, the electrifying voice and her "Ameri-Chicana" attitude. His latest project is the musical "¡Americano!", which debuted with a successful tour of 27 performances and concluded at the Theatre Company in Phoenix at the end of February 2020, with 10 consecutive shows sold out. Carrie is the writer, author and composer of the musical inspired by the true story of Tony Valdovinos, born in Colima, Mexico and brought to the United States when he was two years old. The musical sheds a deeply human light on what it means to be a "dreamer". The soundtrack of the musical is produced by arranger Sergio Mendoza, with the participation of his Orchestra along with Carrie (vocals and strings) and guest vocalists: Joey Burns (Calexico), Brian Lopez and Carlos Arzate. In 2017, Carrie kicked off an acclaimed series of concerts (still ongoing) at Austin's legendary Cactus Cafe. The project is called "Laboratorio" and celebrates and explores Latin culture and its contribution to the American experiment. Carrie and her all-star band Laboratorio perform with a guest artist, who changes with each performance. Artists such as legendary singer Tejano Ruben Ramos (of Los Super Seven, Grammy winners), Latin pop singer Gina Chavez, jazz trumpeter/bandleader Ephraim Owens and guitarist/songwriter Adrian Quesada (of Black Puma) have collaborated to name a few. Rodriguez's latest solo work, the bilingual album "Lola", was critically acclaimed as "the perfect bicultural album", and was included on NPR's best albums of 2016 and Rolling Stone's best country albums of the year. Inspired by the '40s recordings of Carrie's great-aunt, Chican singer Eva Garza, the album is a mixture of new and past songs. It contains pieces in Spanish written by some of Carrie's favorite Mexican composers, as well as original songs inspired by the Ranchera tradition, written in English, Spanish and "Spanglish". Carrie began playing the violin at the age of five. His musical training quickly turned into his passion and the focus of his childhood and, at the age of 10, he performed as part of a group at Carnegie Hall. He continued his studies in classical music until the first year of conservatory, then changed course and began his journey at Berklee College of Music, to pursue his true love story with the violin while remaining faithful to his Texas roots. A destiny marked that of Carrie, if we consider that her father David was a cult folksinger with 9 records to his credit and his aunt was Eva Garza, one of the most important Mexican voices of the 50s. Carrie recalls: "... Dad gave me a Leonard Cohen record for my 9 years, I hated it. But then I listened to it again when I was 13 and I loved it...". Many prominent exponents of the American singer-songwriter scene were family friends, above all Lyle Lovett, who also played a fundamental role in his career. The turning point for Carrie's career came in 2001 when songwriter Chip Taylor, author of "Wild thing" (brought to success by Jimi Hendrix) and brother of actor John Voight, noticed her during the famous SXSW festival in Austin and proposed her to collaborate with him. The union yielded 3 studio albums, 2 live albums and countless tours in America and Europe between 2002 and 2007. His subsequent solo albums highlight the diversity of his musical identity, from his debut "Seven Angels on a Bicycle" to 2013's "Give Me All You Got", which reached No. 1 on the American music charts. Carrie has performed and worked with legendary artists such as Lucinda Williams, John Prine, Patty Griffin, Bill Frisell, Rickie Lee Jones, Mary Gauthier, Los Lobos, Alejandro Escovedo and Los Lonely Boys, among others. He has made numerous television and radio appearances, including Austin City Limits, The Tonight Show, A Prairie Home Companion, and NPR's Tiny Desk Concerts. Carrie has appeared in many publications, including Rolling Stone, The New York Times, The Times of London, The New Yorker and Washington Post. She lives in Austin with her partner and musical collaborator Luke Jacobs, a multi-instrumentalist/songwriter from Minnesota (who will be by her side on stage at FolkClub), and their 8-year-old son Cruz.

Opening: ALESSANDRO SIPOLO
Born in the province of Brescia in 1986, in 2013, after a year of work and travel between Peru, Bolivia, Chile and Argentina, he returned to Italy and released his first album, "Eppur bisogna andare", produced by Giorgio Cordini, historic guitarist by Fabrizio De André. The disc, a concept album on the theme of the Resistance, understood both in a historical and everyday sense, won the 2014 Beppe Gentile award for best debut album. In November 2015 Sipolo released his second album, "Eresie", produced with the artistic collaboration of Taketo Gohara and Giorgio Cordini and enriched by the participation of great artists such as, among others, Ellade Bandini, Alessandro "Finaz" Finazzo (Bandabardò), Max Gabanizza, Alessandro "Asso" Stefana. The new tour gets excellent feedback from critics and audiences and sees the singer-songwriter open concerts for Bandabardò, Tre Allegri Ragazzi Morti, The Gang, Mau Mau. "Eresie" is among the 50 finalists for the Targa Tenco 2016, category "Best Record " and the song "Comunhão Liberação" among the 50 finalists in the "Best Song" category. With the song "Cresceremo anche noi" Alessandro Sipolo is among the 4 winners of Musicultura 2017 who performed live on Rai 1. In March 2018 he took part in ItaliArt, an Italian art and culture review in Dijon, together with artists such as Erri De Luca and Bobo Washers. In June of the same year he exhibited in Paris, in the Place d'Italie, for the Semaine Italienne. With the song "Le mani sulla città", which deals with the theme of the 'Ndrangheta presence in northern Italy, he is among the 100 artists selected by Musica Contro le Mafie for the multimedia book "Change your step", published on 10 January 2019. In January 2019, his third album, "Un altro equilibrio", is released for the labels laPOP and Freecom, whose tour counts more than sixty dates between Italy and France. In parallel with his musical activity, since 2010 he has carried out research, planning and coordination activities in the field of sociology of migration and sociology of organized crime. He is the founder and co-director of the cultural review "Umanità Migrante" and of the Scuola Popolare Antimafia of Brescia.
On FolkClub stage, Alessandro will be accompanied by Daniela Savoldi on cello.
https://www.alessandrosipolo.com/