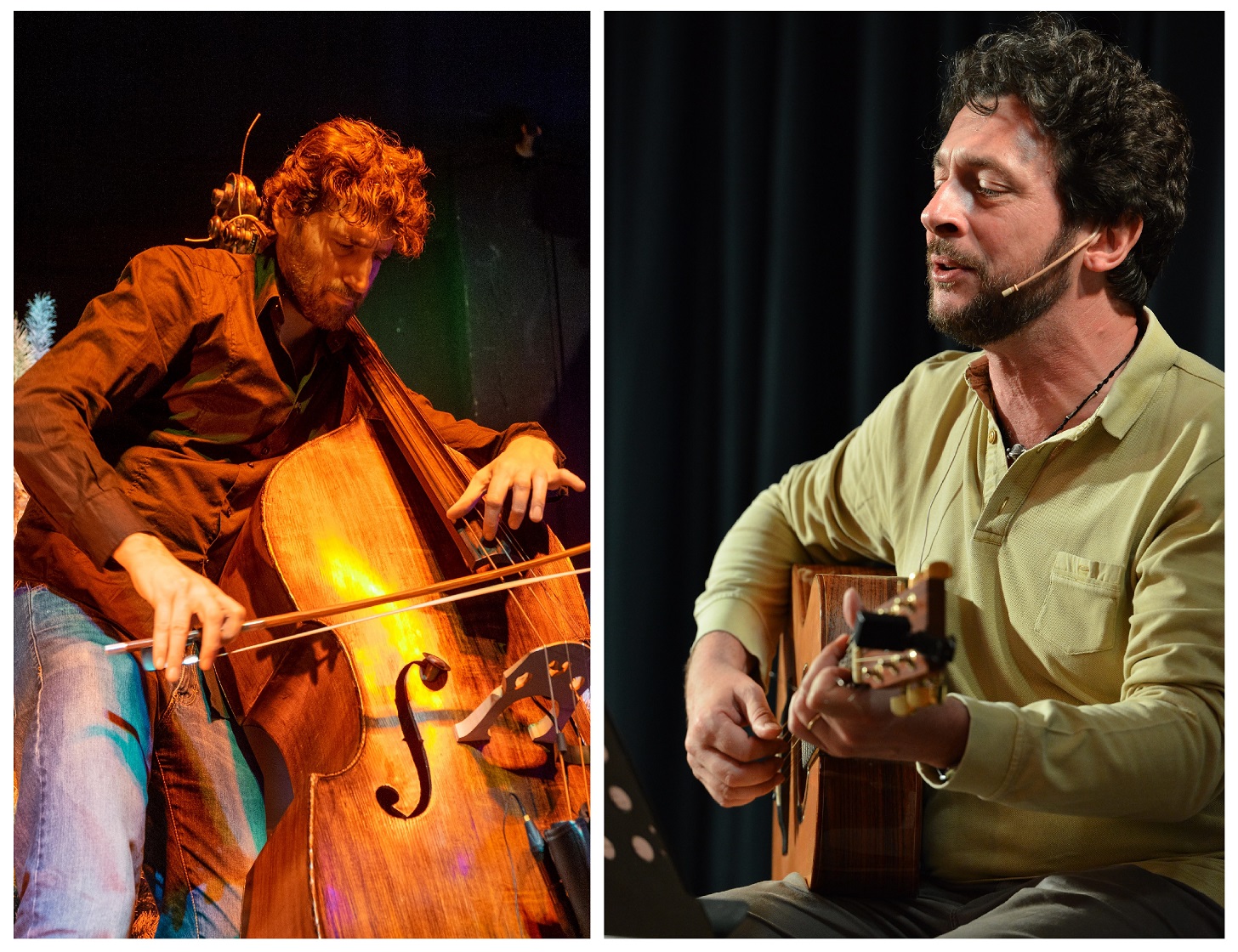 The songs of Georges Brassens translated by Fausto Amodei

Fausto Amodei and Carlo Pestelli have played together on many occasions, in Italy and abroad: from the Radicondoli festival, at the behest of its artistic director Luciano Berio, to the concert for the unions on May Day in Piazza San Carlo, in Turin, and also in a cycle of concerts in Spain organized by the Italian Cultural Institute of Madrid. Their last concert together, at the Academy of Music in Pinerolo, dates back to October 2012 and was entitled "All the languages of Brassens".  At that point Fausto decides to enjoy his well-deserved retirement and refuses to continue performing in public. In addition to many famous songs such as "Il tarlo" or "Qualcosa da aspettare", his wonderful translations into Italian and Turin of some of Brassens' classics remained semi-hidden: a real shame if the public had remained unaware. So the indefatigable Valter Colle of Block Nota decides in 2020 to transfer a recording of Fausto from 1990, containing 23 translations, to digital. It is a precious artistic document in which the translation-interpretative mastery of the doyen of Italian singer-songwriters (dean, yes, and if anyone suspects that we are getting carried away, think of Guccini's recent album in which "Per i morti di Reggio Emilia" is on the track list ...) is at the service of the Italian-French artist who struck the young Amodei in the early sixties,  when the promising architect-pianist in love with Austrian Romanticism converted to the guitar to emulate tonton Georges. From 1990 to today more than thirty years pass, during which from time to time Fausto returns to that youthful lightning and translates some more passages of his beloved author. Thus was born the album "act two", leaner than the first, but with the same ambition, that is to shed light on the rhythmic-poetic perils that the climber Fausto has crossed to reach other and unexplored peaks of the Brassensi massif. Second disc in which Federico Bagnasco and Carlo Pestelli lend voice and instruments to their friend the master.
Federico Bagnasco, double bass player, composer and arranger, multi-instrumentalist of string and plucked instruments, has been active for years as a musician through musical genres and different contexts of culture and entertainment, from the most traditional to the most experimental. Graduated with honors from the Paganini in Genoa, he has collaborated with important Italian orchestras and with various chamber ensembles of early music. His musical experiences also pass through jazz, tango, medieval and Renaissance music, progressive rock, songwriting, film music or prose theater, traditional popular music and contemporary music, with important collaborations in various fields. He has to his credit almost seventy recordings for important international labels. He currently teaches double bass at the Cavour music high school in Turin.
Carlo Pestelli lives in Turin and is certainly not new to FolkClub, on whose stage he has joined artists such as John Renbourn, Amancio Prada and Gianmaria Testa. Also at FolkClub he presented his two recent albums "Un'ora d'aria" and "Aperto per ferie". He has participated in numerous international festivals such as MiTo, Un paese a sei corde, Madame Guitar etc. He poured his interest in the theater in the writing of two shows: "Note di un centromediano metodista", freely based on "Il fuorigioco mi sta antipatico" by Luciano Bianciardi and "Ma la va diretta al Piave", a choral reflection on the great war halfway between prose and songs arranged for choir. Carlo had many teachers: Slep, Beppe Gambetta, Darrell Scott and Elena Ledda, but it is precisely the friendship with Fausto Amodei that allowed him to explore the Cantacronache, in particular, and more generally the worlds of popular singing and international protest song.