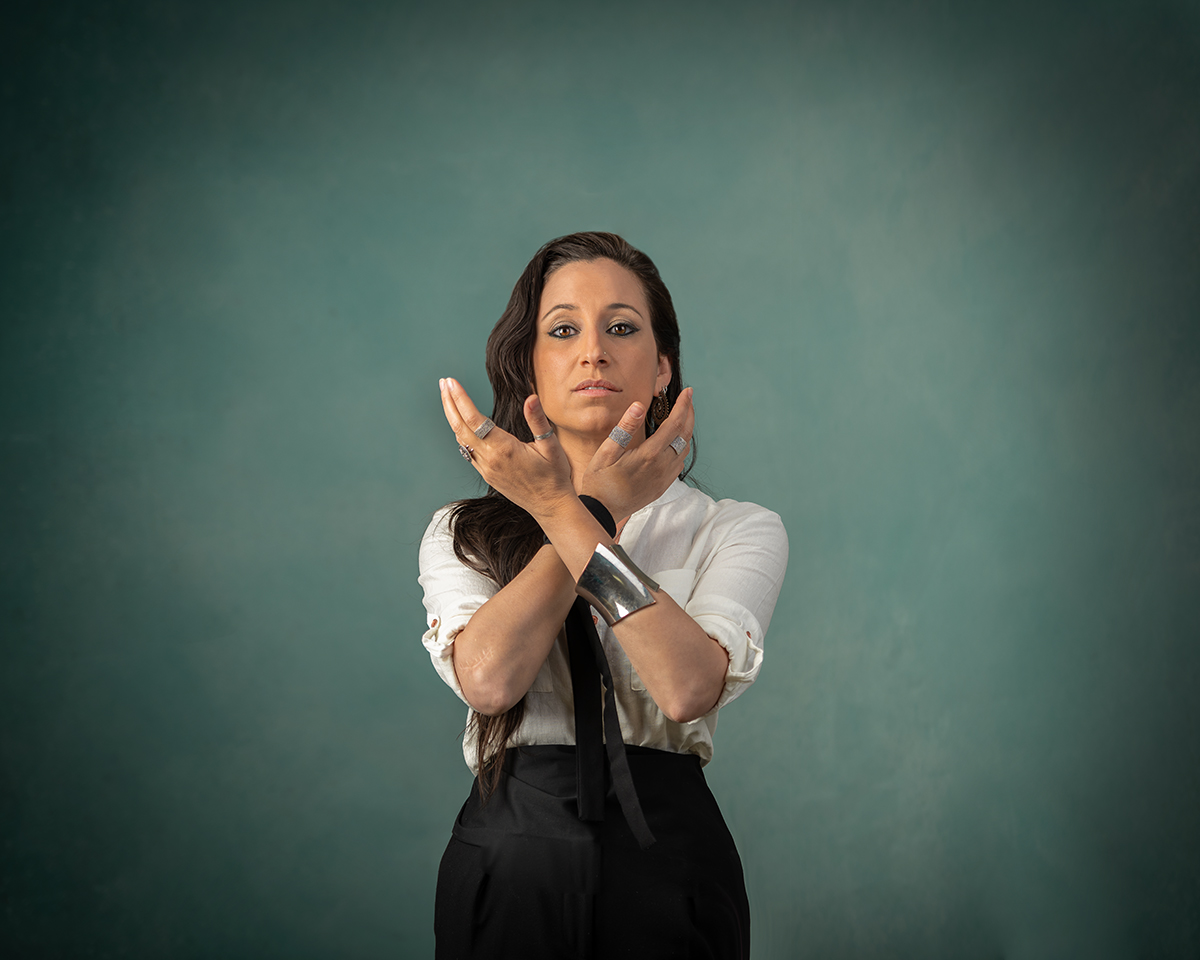 "Torrendeadomo - which in Sardinian means 'return home' - is the story, through music and words, of what it means for me to belong to one or more places ... A travel story, between two islands: Sardinia, surrounded by the sea , a feeling of infinity and total openness towards the unknown, and Umbria, an 'island' surrounded by mountains that rise lonely, as if to protect our lives. Two distinct universes, two distant ancestral worlds, in which the archaic and the contemporary inevitably merge. From this torrendeadomo comes my original song project, the result of many meetings and particular artistic collaborations. A journey through the Sardinian language, a precious treasure chest of my dreams and desires, and another language, which from the Eugubian dialect reaches Italian: my everyday word / voice, my daily bread. Nursery rhymes and innocent (but not too much) games of children, lullabies and worries of mothers, guardian angels, as mysterious presences at our side, ancient loves, of kings and castles, pains of love that nourish us and desires of peace to cultivate on this earth, red and black, and again… freedom and fears for new roots." (Sara Marini)
Sara Marini Sardinian Umbrian singer interpreter, passionate researcher and scholar of Italian and world traditions, trained as a singer at a very young age, initially with private studies under the guidance of Daniela Maltese and Claudia Fofi and following several seminars with Masters such as Francesca Breschi and Bruno de Franceschi, later also as a musician and teacher at the Percentomusica Academy of Rome directed by Massimo Moriconi. She dedicates herself to the study of traditional Italian singing under the precious guidance of Giovanna Marini, also taking part in research trips. She collaborates with some of the most renowned artists of the Italian popular scene such as Elena Ledda, Simonetta Soro, Nando Citarella, Goffredo Degli Esposti, Unavantaluna, Pejman Tadayon, Ziad Trabelsi. In 2011 she received a plaque of recognition as an expression of the territory of the Province of Perugia for the excellent performance within the Scheggia Acustica Festival. Torrendeadomo was in the five finalists for the award of the Targa Tenco 2020 as Best Album in Dialect.
She is among the protagonists of the recording project Yayla Musiche Ospitali in collaboration with Centro Astalli, produced by Appaloosa Record on the occasion of the World Refugee Day. Currently engaged in various ensembles including Alma Negra, dedicated to traditional South American music, Sara has recently published the CD Voci Oltre with the Djelem do Mar project, a sort of ethno-linguistic journey that starts from the Mediterranean to go further: Africa, Asia, South America, to then return to Europe and finish where all started, in Italy. A repertoire dealt with in ten languages: Italian, Sardinian, Sicilian, Calabrian, Greek, Armenian, Greek, Bulgarian, Iranian, Farsi (or Persian) and Portuguese.

"Torrendeadomo's soul is obviously Sara Marini, with her typically popular voice (always used with skill) that exudes passion, which reflects every fold of her soul, which also shows an elegance acquired over years and years of training. A well-targeted, exciting work, which confirms Marini as one of the best expressions of our popular music. " (Marco Sonaglia)
"The result is a world opera, full of suggestions and raptures, with expertly curated sounds and enriched by the presence, among others, of Paolo Ceccarelli, Goffredo degli Esposti and Francesco Savoretti, multi-instrumentalists of fine sensitivity." (Alberto Marchetti)
"The result, as mentioned, is capitalized: very limpid, bright colors, or more in chiaroscuro, fragrant elegance, never sliced, or mannered, decisive but never snooty interpretation, polite but not sweetened, absolutely engaging, and instrumental imbued with deep perfumes, ancestors. " (Alberto Bazzurro)
"We listeners can only acknowledge this superfine singer the merit of having suggested a new musical 'vision' and, at the same time, geo-cultural, articulating it in an excellent way within a space rich in sounds and words. A space that seems undefined to the end. And how could it be otherwise? We are in a pleasantly abstract dimension, in which languages ​​are modeled on contents, in which we are asked to stretch our necks beyond the hedges to admire the strength of an extreme and broken horizon. " (Daniele Cestellini).
Together with Sara Marini (voice and percussion), on FolkClub stage for the first time, will be Paolo Ceccarelli (guitars), Lorenzo Cannelli (piano and Cretan laouto), Goffredo Degli Esposti (bagpipe, kaval, double flute, buttafuoco, winds) and Francesco Savoretti (Mediterranean percussion).