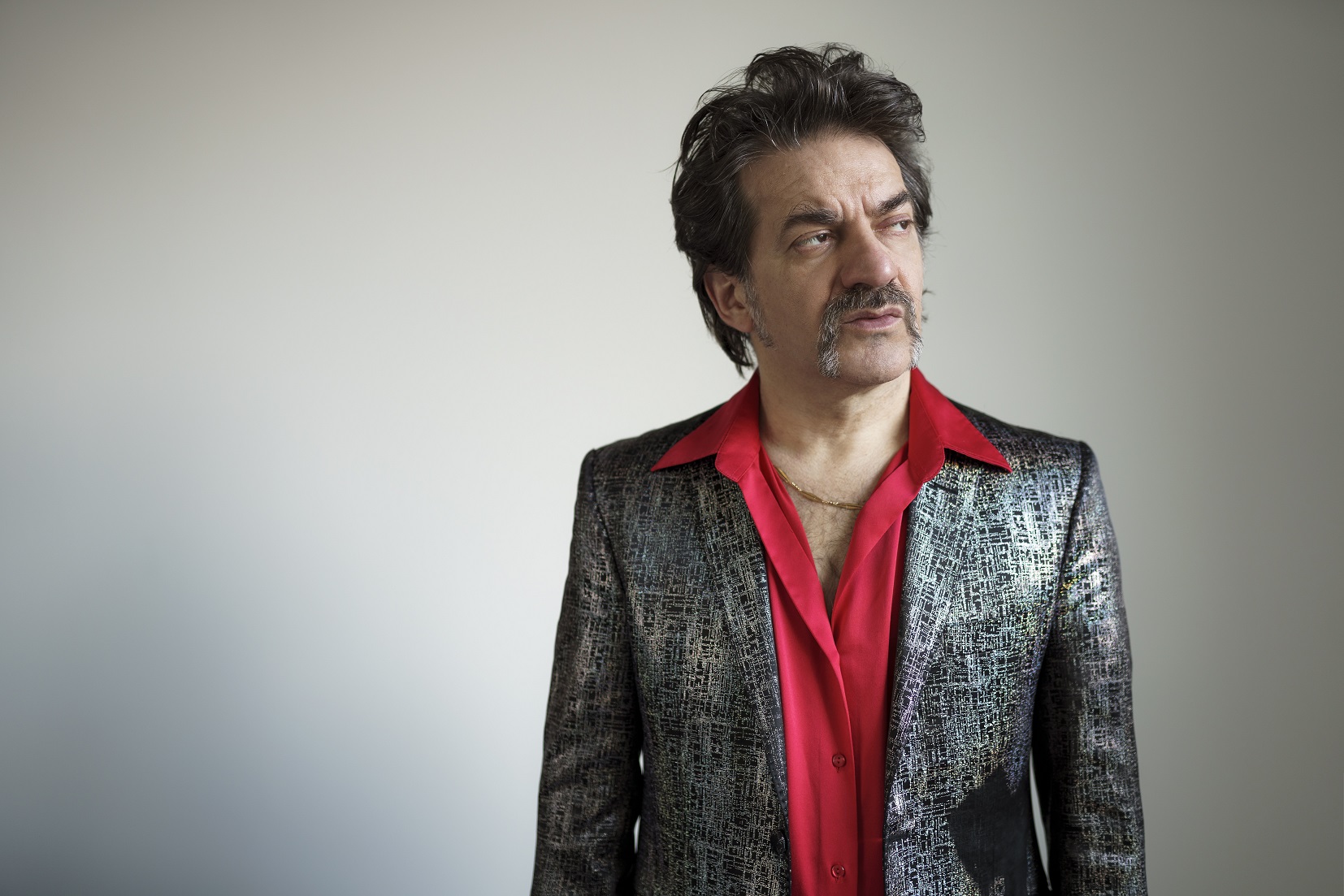 Peppe Voltarelli is a Calabrian singer, songwriter, writer and actor. Peppe's work on the south and on civil commitment is not something of yesterday. In 1990 he founded Il Parto Delle Nuvole Pesanti, a cult band of Italian new folk that mixes rock and Calabrian popular music; with them he made seven records and in 1999 took part in the project La Notte Del Dio Che balla, conceived by Teresa De Sio who, after the realization of the record (in which Vinicio Capossela, Daniele Sepe and Agricantus participate among others), brings the band on tour, arriving to tread the prestigious May Day stage in Piazza San Giovanni in Rome. In 2000 he met the Cauteruccio brothers of the Krypton theater company with which Peppe staged Roccu u Stortu, the story of a Calabrian soldier who mutinied on the front of the Great War. Following a trip-tour in the United States with the Calabrian actor and poet Totonno Chiappetta, in 2001 the recital on Domenico Modugno entitled He wanted to be an artist was born. From the meeting with the Calabrian director Giuseppe Gagliardi, Doichlanda was born, a documentary film in the places of Italian emigration to Germany, which won the Jury Prize at the Turin Film festival in 2003. In November of the same year Peppe is part of a caravan of artists Italians traveling to Iraq for a concert in favor of peace. The journey also becomes a documentary film entitled Under the Baghdad sky. In 2005 he was lead actor and co-author of the first Italian mokumentary: the film by Giuseppe Gagliardi The true legend of Tony Vilar, a film for which he also signed the original soundtrack. 2006 is the year of the turning point: Peppe leaves Il Parto Delle Nuvole Pesanti to embark on an autonomous and highly successful artistic path, which began in 2007 with his first solo album, Distratto ma però (among the five finalists for the Targa Tenco as Best First Work) and continued with the lucky Ultima notte a Mala Strana, Targa Tenco 2010 as best Opera in Dialect - never previously assigned to a Calabrian artist. Many prestigious collaborations for the multifaceted Peppe, in addition to the aforementioned Teresa De Sio, Claudio Lolli (with whom the project Ho visto degli Zingari Felici was born), Davide Van De Sfroos, Roy Paci, Carlo Muratori, Sergio Cammariere, Bandabardo, Amy Denio and many others. As a soloist he has released five studio albums, nine live and four soundtracks, his records are released in Europe, Canada, Argentina and the United States. He has twice won the Targa Tenco with Ultima notte a Mala Strana in 2010 and with Voltarelli sings Profazio in 2016 as best interpreter. Planetario show written and performed by Peppe who, through a selection of songwriters from all over the world translated into Italian, builds a personal and ironic theory of the song, full of anecdotes and historical references. Voltarelli's journey is made up of bizarre encounters in secret and unexplored places where the differences in styles and languages ​​become the soul of the story. Planetario is a poetic and exciting one man show with guitar, accordion and piano, songs that have become over time the real cornerstones of the songbook by authors such as Bob Dylan, Jacques Brel, Leo Ferrè, Joaquin Sabina, Vladimir Vysotsky and Luis Eduardo Aute. The social role of singing and its importance in the collective knowledge of a country are the main themes of the show. Published by Squilibri Editore in May 2021 and produced by Sergio Secondiano Sacchi, Planetario is the latest acclaimed work by the Calabrian singer-songwriter, a disc-book that sees the participation of great names in international song such as Silvio Rodriguez and Joan Manuel Serrat, Joan Isaac , Adriana Varela and Amancio Prada.