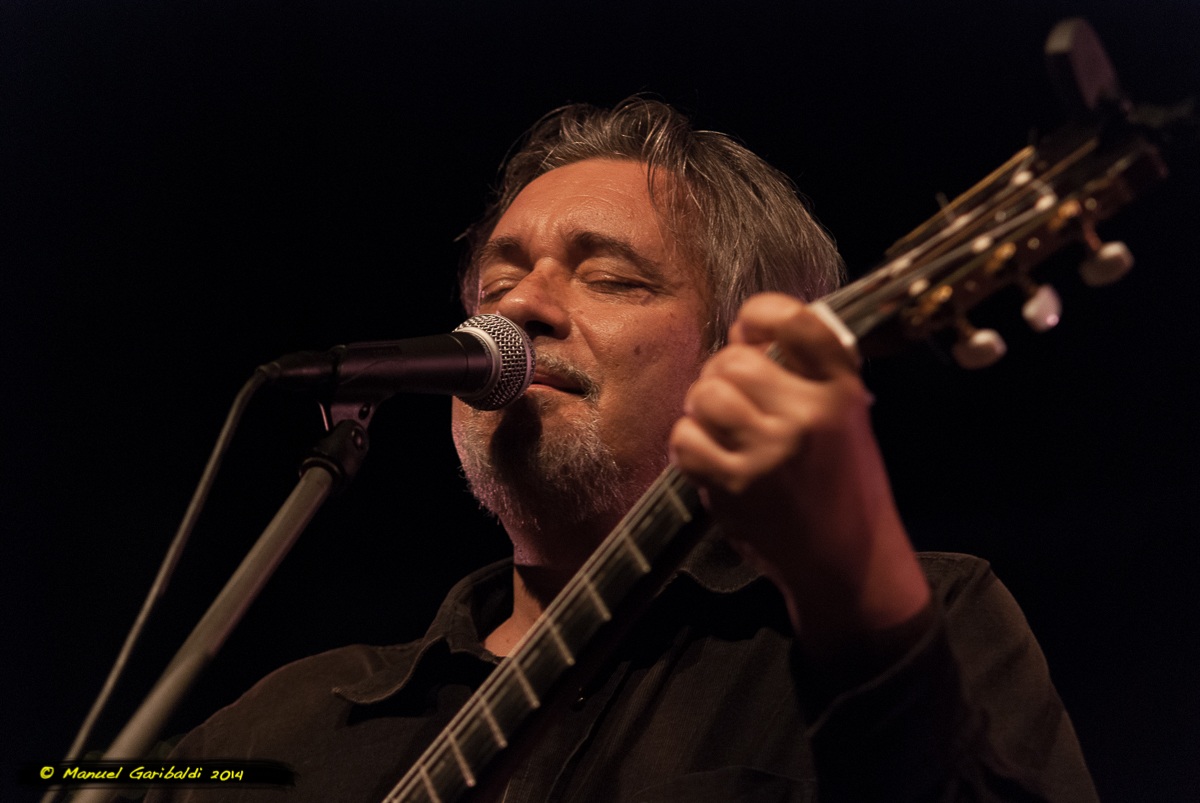 An intimate evening to present a preview to his friends from Turin and the FolkClub, together with his already known and loved songs, his latest very special and 'sweaty' album: Il Grido della Fata.
… What are these songs about? there is a bit of everything: fairies screaming, Breton harpists who fall in love with old men, pedophile priests, ousted kings and Slavic rulers, love-breakers, dairies, flying saucers, women who are called as churches, entrances and passages from doors dreams, emigrants learning to read, open-air cinema, candles that tremble in the curfew, pebbles thrown into the water that always hit the center. The ambition is that, in talking to each other, they generate ideal magnetisms, enchantments and window decals ... the claim is very few: that of a handcrafted clock, a diorama, a magic lantern and soap bubbles game. But at the same time it is enormous: to assemble a world. A world in which the inhabitant and the listener can recognize themselves as in a game of mirrors, or at least feel nostalgia. Nothing self-reported, if anything hurt: where is the ego of a cuckoo clock? Where is the ego of a deer, a glass and a rainbow? What is the fairy? It is a function. A function of will and beauty. Capricious will and fatuous beauty, and therefore subject to its own fate. the drive towards a different harmony. The fairy is a subtractive, non-integrative or evasive function, as many would like: because it hurts. It gets old. It strikes. Fall in love. It kills. 'Kill time', but not because it is fun, but because time replaces its non-time, time that cannot be measured, without expiration, which is that of music. (Max Manfredi)
Max Manfredi. Genoese, lover and researcher of traditional music, particularly passionate about the song of medieval troubadours, Max is a rare example of a producer of guaranteed quality songwriting, a refined alchemist of a guessed blend of music, poetry and fantasy, one who loves lyrically treating the language, in short, an atypical of contemporary song. In 1990 he won the Città di Recanati prize with the song Via G. Byron, poet and the Targa Tenco for the best work before him Le parole del gatto. In 1994 he released his second album, Max, in which Fabrizio De Andrè participates in the song La Fiera della Maddalena. In 1999 the theatrical and musical show La Leggenda del Santo Cantautore was successfully staged at the Modena Theater in Genoa. In 2000 he wrote Azulejos, a choral cantata for the closing of the Genoa Music Festival and the following year he released the new album L'intagliatore di santi. In 2008 Luna Persa was released, the album of its definitive consecration in the pantheon of songwriters, awarded at Tenco with the Targa for the best album of the year. In 2014 Dremong was released and presented at FolkClub.
Max Manfredi (guitar and voice) arrives at FolkClub with the violinist Alice Nappi, the acrobatic guitarist whose style blends Mediterranean music with swing-manouche improvisation Maurizio Geri (Banditaliana), Nicola Bruno at bass and the eternal and magnificent Doctor Marco Spiccio at the piano.