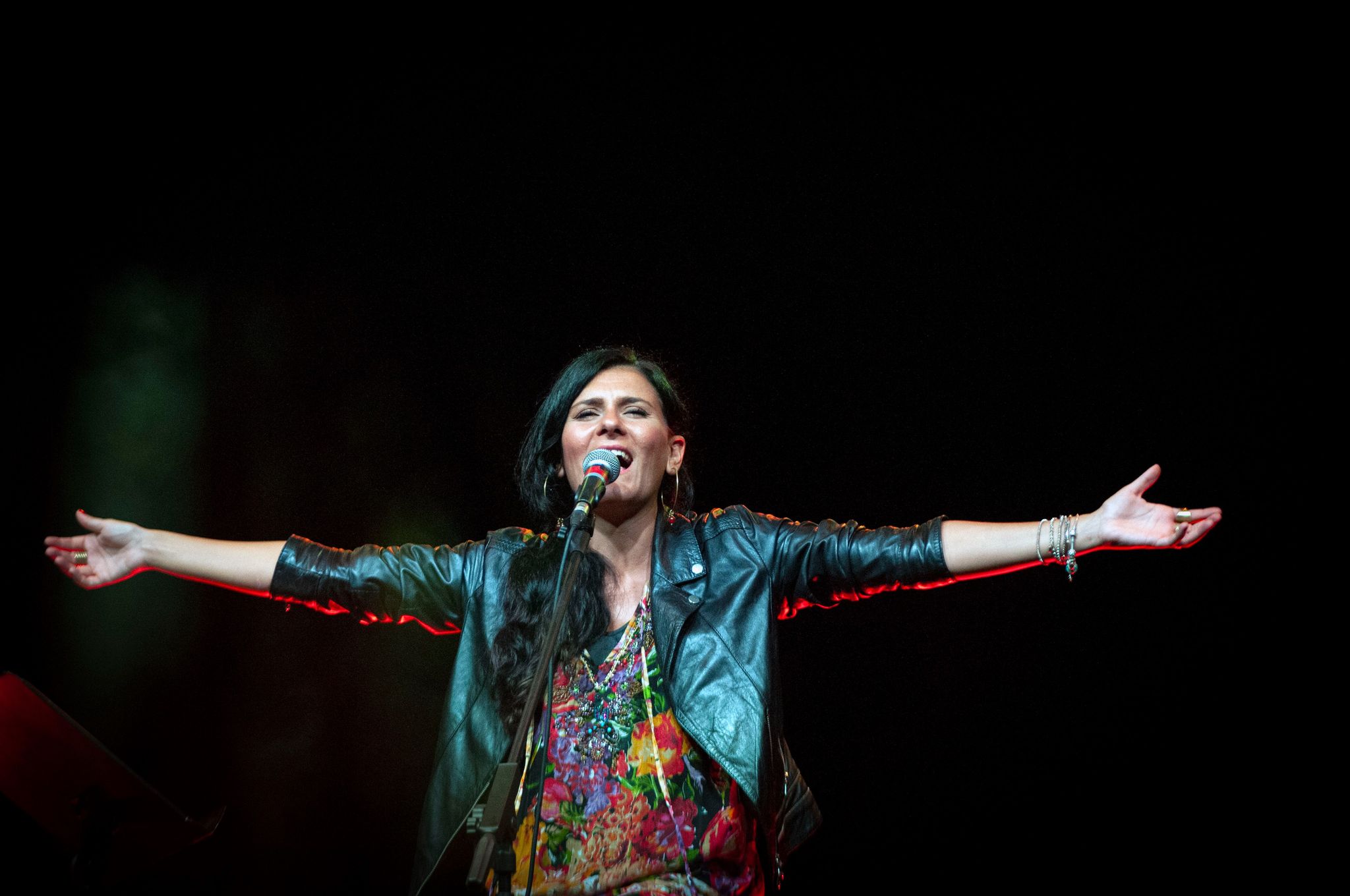 In 1952 Anna Banti wrote the short story Le donne muoiono (Women die) to talk to us about memory, immortality and women; is set in a very distant future in which, due to a disease called "second memory", men do not die and remember their previous lives, while women are condemned to live only one life, without retaining memory. Between men and women the distance increases, a difference grows. Men attribute it to the ancient prejudice of the "little brain of women" and soon do without them. While the women take refuge in isolated communities where, certain of their death, they dedicate themselves to art, poetry, music, treasuring every earthly moment. One summer morning a thirty-year-old musician, Agnese, lives a strange experience. She is sure she has conquered the 'second memory' and runs away from the institution that hosts her. After a week spent reflecting in solitude, she returns to her companions and commits suicide after giving a friend the diary of "her extraordinary adventure".
Brave Ragazze was born from reading this story and the desire to dig and recover extraordinary stories that still need to be told; songs like broken threads that haven't had time to tie firmly to our memory. Because women's stories die out with their life; they have a short wick, the flame lasts for a while and then... poof... it goes out at the first breath of wind. Brave Ragazze is like two joined hands, which protect that flame and help it resist the breath of time; is a collection of eleven songs, of which seven are reworkings of classics of the southern Italian tradition (Me Voi pe te, Connola senza mamma, Ferma zitella, Vulumbrella) and translations of songs from the Mediterranean and Latin area (Milonga con sauce, Gran tirana and Maldigo del alto cielo). The choice was dictated by their extraordinary musicality, by the depth of the lyrics, but above all by the expression of a feminine, indomitable and courageous point of view (brave, in fact). Women protagonists of great successes and loneliness, which are part of our music and our culture.
The first of the Brave Ragazze is Gabriella Ferri, the young woman from Testaccio who becomes Mamma Roma, ironic and suffering. A story that goes from folklore, to New York's good nights, from television, to a difficult relationship with music and with the public. A story that ends with a flight from the balustrade of the house.
Gabriella had sung in Italian Gracias a la vida by Violeta Parra, another of these good girls. A giant artist who knew sacrifice and passion. First South American artist to exhibit at the Louvre, Violeta felt life inside, so much that she decided to abandon it too soon, leaving behind a legacy of wonderful and timeless songs.
Then there is La Lupe, the Cuban artist with el diablo en el cuerpo, loved by Hemingway, Tennessee Williams, Jean-Paul Sartre, Marlon Brando. In his life there is exile, some say drugs, alcohol and a deep religious faith in Santeria. He had great success in America, then oblivion, the wheelchair, the homeless life and an evangelical crusade.
Leda Valladares, on the other hand, is the research singer of Tucuman who, with her tape recorder, collected ancient songs, lonely screams and rites that were gradually disappearing along the valleys and streets. Tireless and courageous, she went through a dictatorship, taught music to children and worked on the protection of memory. The macabre irony of fate condemned her to end her days in a clinic for Alzheimer's patients. Without more memories.
The story of Gilda Mignonette, however, was completely different. She was a true diva, the Queen of emigrants, the most famous Neapolitan singer in America. From the Cafè-chantant of Naples, to the most poignant and dramatic migrant song. Her music was declared subversive by the FBI and she was banned from making records for 7 years. He died at sea, during the crossing from New York to Naples, after having expressed the desire to die in his beloved hometown. On the death certificate the coordinates of the point where he died were reported. Migrant forever.
Finally, the heart of the project is represented by the four unpublished songs - Maddalena, Voccamara, Furtunata and Malemaritate - signed by Flo and by the multi-instrumentalist Michele Maione, which tell of the woman born male, of that wound that ironizes vengefully, of the adoptive mother and of the prostitute.
Four years after the beautiful debut album, two years after his second album presented on our stage in April 2017 and after his third, acclaimed album, the amazing neapolitan voice returns to the FolkClub accompanied on classical guitar by Cristiano Califano and by the multi-instrumentalist Michele Maione.

Flo. Songwriter, author, theater actress and unpredictable entertainer, she made her debut in the world of musical theater at a very young age, under the aegis of Claudio Mattone. In 2014 her first album D’Amore e di altre cose irreversibili was released in Europe which, received with great enthusiasm by critics and the public, will obtain some of the most important Italian awards (Musicultura 2014, Radio Rai 1 for Best Music at Musicultura 2014, Premio Parodi Absolute award 2014, Best music at the Premio Parodi 2014, Best arrangement at the Premio Parodi award 2014). Two years later she recorded Il Mese del Rosario (Best text at the Bianca d'Aponte award 2014, Musicultura award 2015, among the candidates for the Targa Tenco award in the categories of Best Record of the Year and Best Song). In 2018 her third album orchestrated by Daniele Sepe La Mentirosa was released, which also consecrates her internationally among the most refined songwriters of the so-called World Music d’Autore. Some of the most important music journals in Europe (fRoots, Songlines etc...) have written about Flo as an artist with a unique style, with a language rich in references yet unpublished. Her performances are a surprising rhythmic and engaging blend, in which there is melodic relaxation and improvisation, there is a feminine perspective, sometimes gentle, sometimes wild; there is strength, mystery, lightness and emotion. She recorded and shared the stage with Stefano Bollani, Paolo Fresu, Daniele Sepe, Enrico Rava, Jorge Hernandez, Vincenzo Zitello, Elena Ledda and many others. In the theater she was the protagonist of musical and prose shows, directed by directors such as Alfredo Arias, Mimmo Borrelli, Davide Iodice, Massimo Luconi, Claudio Mattone and Gino Landi. In her artistic career she has made soundtracks for cinema and theater, has conducted a series of episodes dedicated to music for Swiss radio and television, participated in various documentaries for Deutschlandfunk Kultur and published numerous costume articles. For Flo, music, theater, writing are just different ways of describing oneself and life; there are no barriers except to be crossed.

Cristiano Califano. He studied classical guitar under the guidance of Maestro Eduardo Caliendo, graduating in 1995. He perfected himself under the guidance of M° Aniello Desiderio with whom he played in a short tour of the Neapolitan Passion concert in Holland and Germany. He has held concerts as a soloist for various events including the 'Guitars in Naples' and 'Maggio dei Monuments' festivals and the concert on Garcia Lorca with the Amarcanto choir in the theater seasons of Ravenna and Rimini. Since 1998 he has played in various traditional and non-traditional music formations, collaborating with various artists on the national scene such as Mauro Di Domenico, Pietrarsa, Chilli Band, Massimo Ranieri (Tour Nun'è acqua - Italy, Canada, United States), Eugenio Bennato (tour in Australia), Raffaello Simeoni, Lucilla Galeazzi, Yasemin Sannino, Angel Parra, Badarà Sek, Canio Loguercio, Evelina Meghnagi and many others. Since 2009 he has been part of the Popular Italian Orchestra directed by Ambrogio Sparagna with which he participates in numerous festivals in Italy such as Ravenna Festival, Ravello festival, Vomex, Umbria Jazz, 'Luglio suona bene' (auditorium Parco della Musica in Rome) and abroad in Mexico, Brazil, Libya, Iraq, Russia, Kazakhstan as well as in Europe with guests such as Ron, Paola Turci, Francesco di Giacomo, Massimo Popolizio, Francesco de Gregori (tour Vola vola vola) and Peppe Servillo, with whom he active a trio show Amore non amore with the writer Franco Marcoaldi.

Michele Maione. Percussionist, multi-instrumentalist, born in 1985. Graduated in percussion instruments at the Conservatory of Salerno and specialized in the traditional frame drums of Southern Italy and the Mediterranean in general, he has participated in international ethnic music festivals such as 'La Notte della Taranta', Carpino Folk Festival, Toronto Taranta Festival and others, playing with the great masters of tradition, including Giovanni Coffarelli. He has collaborated and collaborates both in studio and live with Gigi D’Alessio, Lina Sastri, Daniele Sepe, Mbarka Ben Taleb and many others. He boasts important collaborations in the theatrical field as a stage musician with Massimo Ranieri, Maurizio Scaparro, Bruno Garofalo, Gino Landi, Mariano Rigillo and others. He has published the didactic video Tammurrianti vol 1 (metodo pratico per tammorra e tamburello). He holds workshops and seminars on frame drums around Italy.
http://www.flo-official.com/