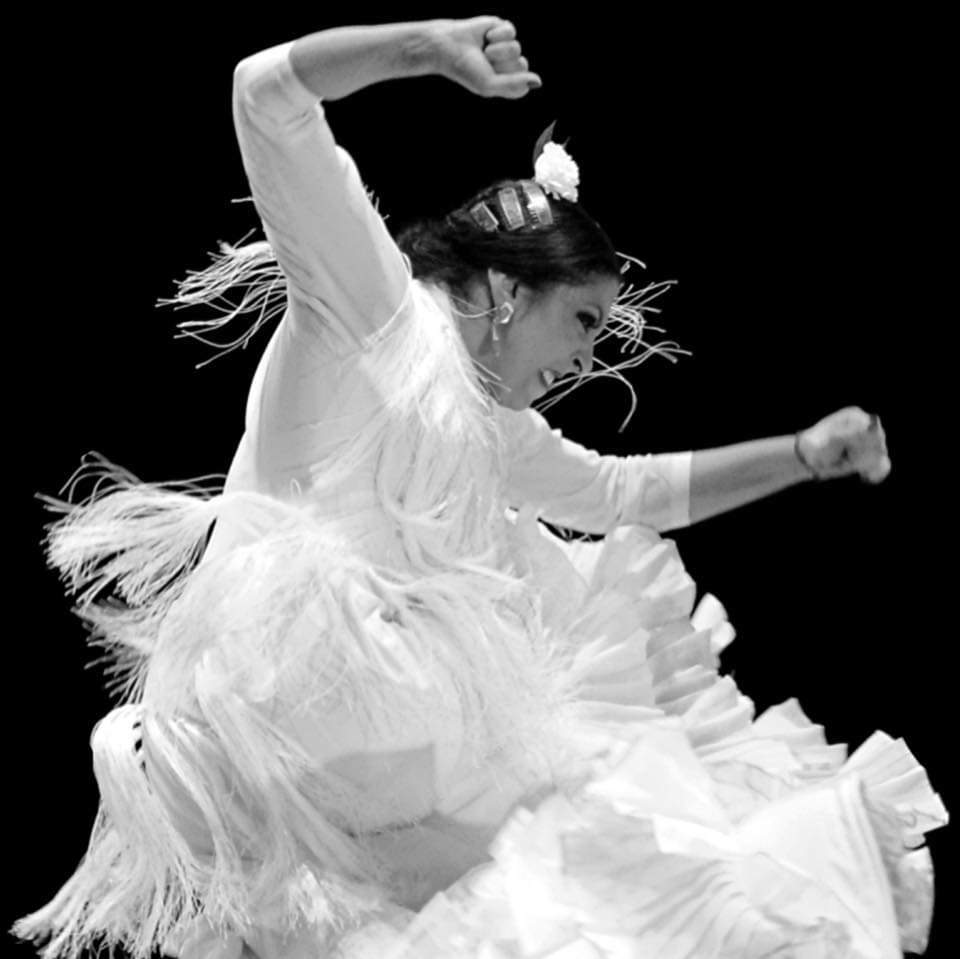 The Tablao d'autore (Author's tablao) review, created in 2004 by Arte y Flamenco, is dedicated to that particular form of show that includes solo performances or in very small groups of big names in Flamenco, in contexts other than the big theater. The idea was - and remains - to present the three fundamental elements of Flamenco, the toque (the guitar), the cante (the song) and the baile (the dance), in particular spaces, offering authentic performances to aficionados, 'pure', precisely because they are free of all those necessary superstructures when, on the other hand, big theartes are treaded. The constantly growing event led in 2009 to the creation of a biennial International Festival / Concurso - Flamenco Puro, now held in Jerez de la Frontera - and in 2013 to the organization of a new "young" version of the review, entitled Tablao d'autore - Nuevas Generaciones; in 2016 the new CompartirTablao review was born, which starting from this 2022/2023 season will also be organized in collaboration with Folkclub. An author's tablao, the original of all the projects, initially proposed in biennial form and always organized in collaboration with Folkclub, which since the very beginning has believed in AYF's projects regarding Flamenco, is one of the most prestigious flamenco events proposed in Italy, as it brings together different artists on stage, virtuosos of baile, toque and cante who, each excelling in their own discipline, have the ability to create a balance of rare level on the tablao. With the desire to continue in the consolidated collaboration, AYF & Folkclub decide today to propose each Season this particular evening, highly anticipated by Flamenco enthusiasts as well as by the curious. In this edition we want to offer our audience an excellence in terms of baile, presenting a figure of the highest level: Fuensanta "La Moneta", a consecrated Flamenco artist, who has trod the most prestigious world stages. La Moneta, already a prodigy niña, a gypsy bailaora with an ancient flavor and artistic weight typical of Granada - her homeland - much loved by the public, an artist with an impeccable technique finely blended with a powerful expressiveness that characterizes her, is considered the female spokesperson of pure Granina art; virtuous of the baile in all its aspects, flawless and unattainable in the rhythm and technique of zapateado, it is truly unique in its expressive, pure, strong form, as only a gypsy bailaora with the style of Granada, and of this level, can be. La Moneta presents us with a traditional and pure Flamenco, which nevertheless does not lack an extremely personal vein, characteristic of the great figures of today. On the Folkclub tablas the individual bailes and moments of singing and music will alternate with the contribution of two great musicos: Mercedes Cortés, gypsy voice par excellence, cantaóra with a deep tone that accompanies some of the most prestigious figures of the current flamenco scene, and Jordi Flores, powerful guitarist, one of the most expert in the accompaniment of Flamenco in tablao, two figures of whom among the fans we speak with admiration and respect, for their technical skills, artistic generosity and impeccable flamencura. Tablao d'autore is, and wants to remain, a window on the most genuine form of representing Flamenco, and this format in a perfect fusion between "history" and personal notes, manages to tell his Flamenco with truth, without filters, making us feel privileged to be able to host him among us, and to be able to "breathe" him up close.
It promises to be a great evening, not to be missed, as always at Folkclub, where the quality of the proposals is so high and full of truth.

Show Tickets presale:
Only online on Liveticket starting from Monday 07 November 2022
https://www.liveticket.it/arteyflamencotorino#EventsTitleAnchor
FolkClub it's equipped with an air purification system with European certifications of the highest level: the NIVEUS NV100 by NETCO; a machine guaranteed for the air purification of an area of ​​120 square meters (the club room is 100 square meters) from any pathogen, virus, allergen, bacteria and micro-dust in suspension, thanks to a high grade U15 ULPA filter density that blocks harmful particles, a UV-C ray sterilization chamber that sterilizes all microorganisms and an activated carbon filter that further purifies the air before re-introducing it into the environment. Several tests performed on NETCO's NIVEUS NV100 in Italian and European laboratories have confirmed and documented its remarkable purification performance and compliance with the highest quality and safety standards.
At FolkClub you can listen to Music in complete tranquillity!
Close
Save