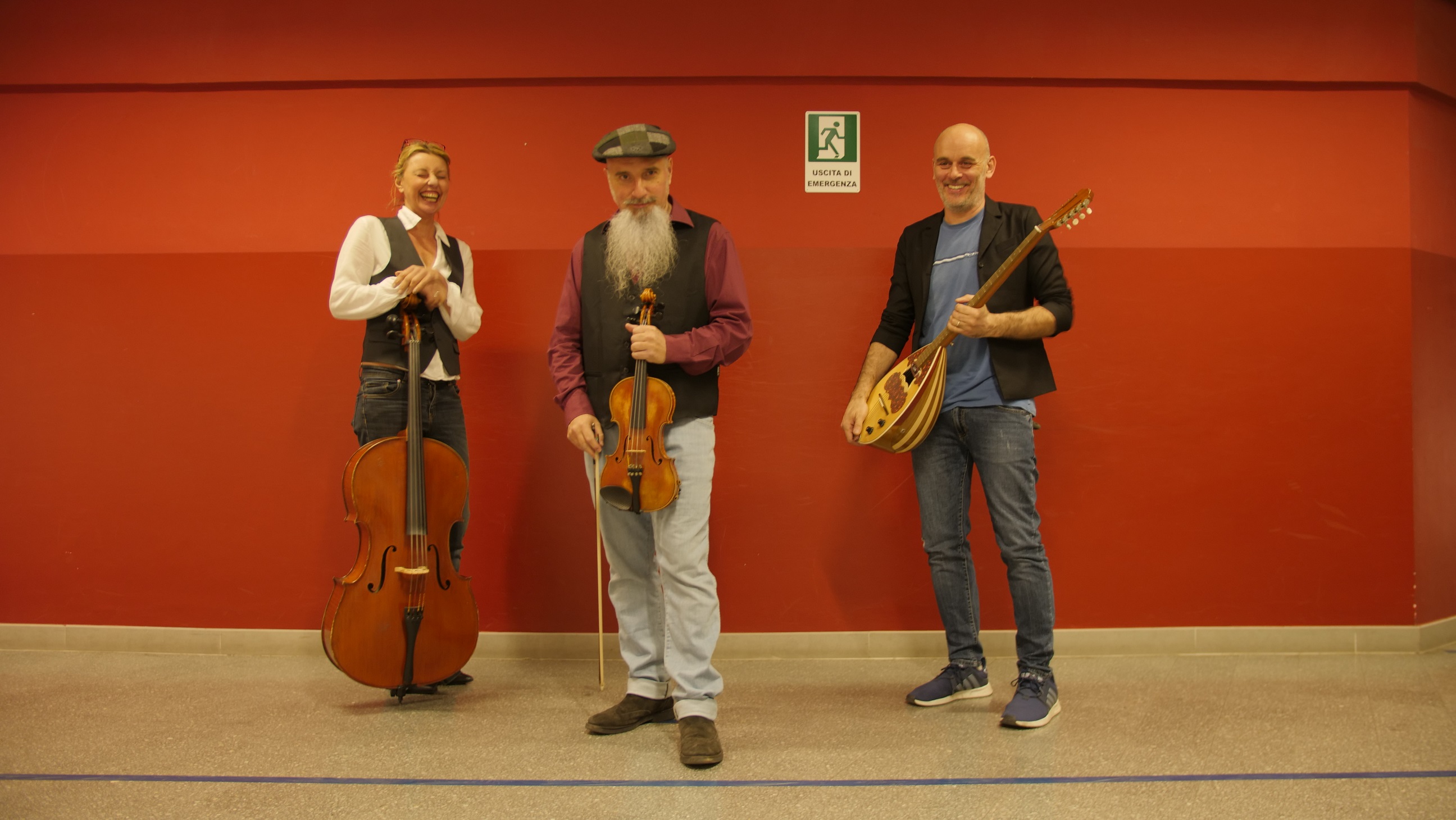 Michele Gazich, the songwriter, the wandering Jew with the violin, nomadic on the stages of the whole world for thirty years, in a dimension of artistic nomadism and constant research that has become existential, returns to Italy on tour to present the his new album, Argon.
Gazich is a musician, poet, artistic producer and composer. He has worked professionally in the world of music since the early nineties: tours in Italy, Europe and the USA, collaborations with Italian, European and American singer-songwriters (Michelle Shocked, Mary Gauthier, Eric Andersen and Mark Olson); orchestras; theater show; performances of poets; film soundtracks; Italian and foreign universities and conservatories. To date, he has collaborated on more than fifty albums and has produced ten in his name, of which the latest are Una storia di mare e di sangue (2014), La via del Sale (2016 - Tenco Award finalist), Rifles & Rosary Beads (2018 - American UK Award winner), Temuto come grido, atteso come canto (2018).
In recent years Gazich has played mainly in the United States, in close artistic collaboration with American artists, an experience culminating in the album Rifles & Rosary Beads, on which he worked together with the American songwriter Mary Gauthier and which obtained a prestigious nomination at the Grammy Awards. The album was then taken on tour with over 100 concerts, concluded by a historic performance at the Kennedy Center in Washington on November 11, 2019. After so much wandering, Gazich felt a strong desire to tell in his native land the many experiences and the many travel, with a new album and a new tour. Through his characteristic recitar cantando, which combines the sung word with the recited one, he proposes his original songs, which tell of bees, poets, rivers, magicians, seas and foreigners. In addition to the intense poetic figure, Gazich's songs live on an intense civil passion: he was among the very few to interpret his songs in contexts such as Palazzo Marino, seat of the Municipality of Milan and the Spanish Senate in Madrid. Gazich's deep voice, his violin, viola and piano, are joined in this tour by two exceptional collaborators: Marco Lamberti on guitar, bouzouki and second voice, since 2006 on stage with the Maestro; Giovanna Famulari, already alongside Ron, Tosca, Teho Teardo and many others among others, joins the Gazich tour for the first time, giving the qualities of her masterful cello and her supple voice. The repertoire of the concert will be partly focused on the songs of the new album Argon, including the homonymous song dedicated to Primo Levi, but will not neglect to include classics of the artist, including Storia dell’uomo che vendette la sua ombra, already in the five of the finalist songs for the 2017 Tenco Award, and some of the many compositions written by Gazich related to Jewish themes, which led him to perform in unique contexts for a songwriter, such as the auditorium of the historic Jewish Ghetto in Venice. Argon was preceded by three video clips shot by director Enrico Fappani, which have successfully re-evaluated this medium: no longer just a promotional pretext aimed at enhancing the song, but a cinematographic product, with its own dignity and autonomous artistic value. The video of Lettera a Claudio, a song dedicated to the unforgettable Claudio Lolli, was selected by the Lolli Foundation to celebrate Claudio's birthday in 2021. The presence of Paolo Capodacqua, historical guitarist of Lolli, is significant, to give further weight and dignity to this video, shot in the equipment room of an abandoned theater, to rethink together with the theaters closed during the recent pandemic. Materiali sonori per una descrizione dell’anima di Paolo F. is dedicated to Paolo Finzi: a free man, anarchist, very deep and open to confrontation who recently passed away. He was a friend and confidant of Fabrizio De André, as well as of Gazich. The video was shot in the millenary baptistery of Concordia Sagittaria, near Venice: only Michele Gazich on the violin and Giovanna Famulari on the cello were present. In Fiume Circolare Michele is at the piano and offers a profound meditation on life and art. He says the artist: ...the song is about me and about you today. All of us who live our isolated lives and yet for this very reason, paradoxically, we are one. A circular river surrounds us.
A Michele Gazich concert is never just a concert, it is a journey that you carry in your heart, a ritual, but without ostentation, a celebration of love: a blessing, in a world that is increasingly charged with hatred.