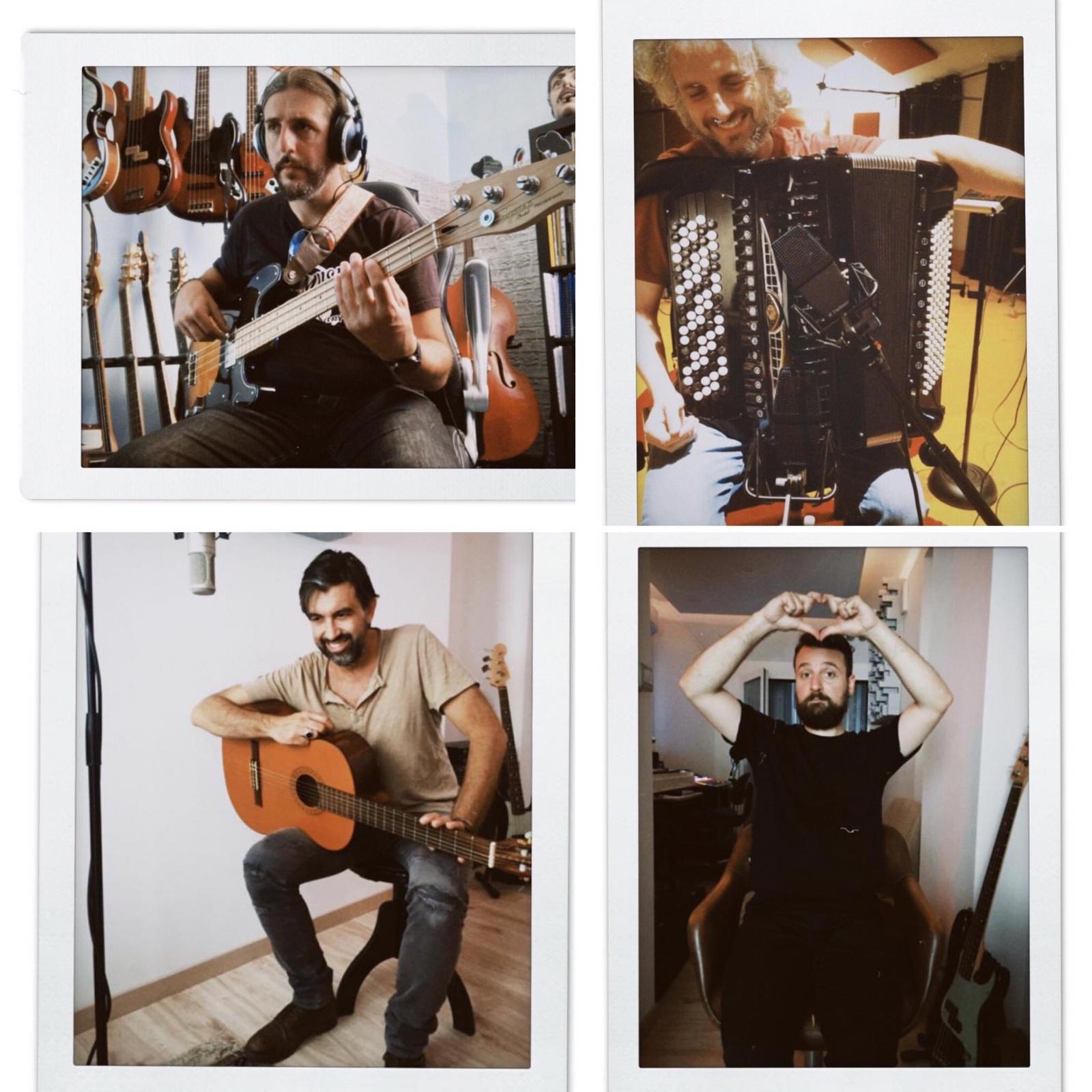 A tribute to the musical genius of John Lennon, as a solo author and with the Beatles, 80 +1 years after his birth and 40 +1 years after his death, [if you blame this year of delay on the global health emergency, don't you are wrong ... ed.]. The Smallable Ensemble was made by four multi-instrumentalists known on the national scene together with some international guests such as Patricia Vonne Rodriguez, Jono Manson, Bocephus King and Doug Seegers. The band is composed of: Alex 'Kid' Gariazzo, guitarist and singer of the Treves Blues Band for years as well as a required session man for Italian and overseas artists; Marco 'Benz' Gentile, multi-instrumentalist, who also oversaw the artistic production and mix of the album and is guitarist and violinist of Africa Unite as well as session man for Rachele Bastreghi, Meg, Colapesce, among others; Michele Guaglio, bassist with an appreciated solo work in the jazz area, for years collaborator of the rock-blues guitarist Vic Vergeat and sought-after live and studio session player (Susanna Parigi, Morgan); Roberto Bongianino, accordionist and multi-instrumentalist formerly with Paolo Bonfanti, Animalunga and Enea Leone, often involved in numerous projects always between folk, blues, jazz and tango.
The recording of the album, which began in time of lockdown, obviously forced the ensemble to some remote sessions, especially with foreign guests, and saw Gentile's production and mix at his La Curt Studio in Turin. Mixing and mastering were handled by Simone Squillario, Benz's partner in crime for years for studio and live productions, at his Hybrid Studio.
The album contains 12 songs equally divided between eclecticism and poetry, two of the most peculiar elements of Lennon's musical writing, reinterpreted by the Smallables according to a respectful but at the same time original reinterpretation that leaves room for the influences of individual musicians and their guests, quoting country, folk, blues, soul and bucolic acoustic atmospheres with the intention of recreating a sort of personal White Album for the variety of atmospheres faced. To lend their voices and instruments to the project there are also four artists known to fans of Americana and often guests of our country thanks to Pomodori Music and the Appaloosa label. Jono Manson reinterprets Crippled Inside with a swamp touch and his scratchy voice, from Canada the imaginative Bocephus King puts his unmistakable seal to Beautiful Boy between dreamy acoustic guitars, ethnic percussion and a visionary synth, Doug Seegers transforms Girl with his voice and his nylon string guitar in an intense and vintage-sounding cowboy song while Patricia Vonne Rodriguez duets with Alex's voice in an intense All I've got to do between Texas and Mexico. For their part, the four Smallables revisit among others Norwegian Wood with violin, accordion and vocal harmonies between the Fleet Foxes and CSN and further incite Cold Turkey in a garage boogie blues version with a lysergic solo of Benz's distorted violin and the drums of Alessio Sanfilippo (Levante, Irama and many others), who also embellishes Instant Karma, revised instead as a classic soul. Julia becomes a memory immersed in experimental rock, almost Nordic atmospheres. The disc ends with an instrumental version of Oh my love colored by Roberto Bongianino's strings and Michele Guaglio's lyrical bass as well as Alex's square neck which pays homage to the sound of George Harrison's slide, often a guest on his friend Lennon's records.
Show Special Guests:
Filippo Graziani, with the electric guitar and the unmistakable voice of his father Ivan, of whom Filippo and Smallable will perform some pieces; the singer-songwriter, radio-television presenter, presenter and actor Mauro 'Mao' Gurlino, the singer-songwriter Carlot-ta and the harpist Cecilia.